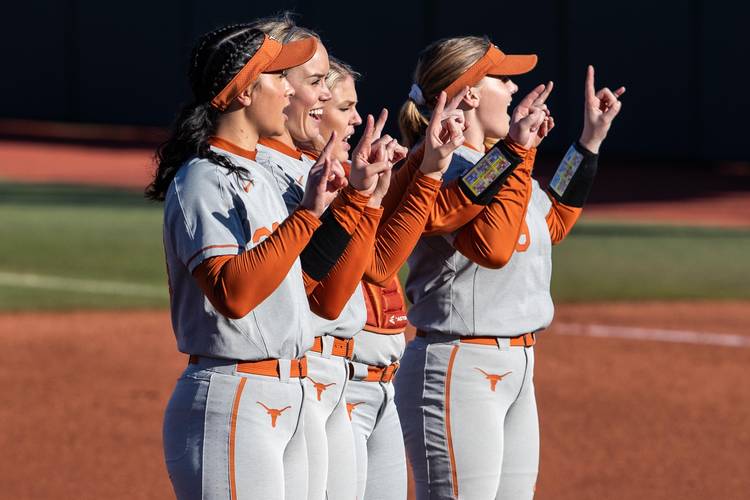 Although shortened, the 2020 season can claim to be one of the best campaigns in the history of Texas’ softball program.

Texas found out last week that it had been ranked third in the National Fastpitch Coaches Association’s final poll of 2020. With 732 points, the Longhorns fell short of the 800 points compiled by UCLA and Washington’s 763-point accumulation. Texas was joined in the poll by No. 6 Oklahoma, No. 12 Oklahoma State and No. 23 Baylor.

The NFCA poll is the ranking that is traditionally observed by Texas. UT also finished third in the NFCA’s final poll of 2013.

How has Texas fared over the past decade in the NFCA's final poll?

Read more: Can Texas stake a claim as the No. 1 team of the 2020 softball season?

During its 24th varsity campaign, Texas won 24 times. The Longhorns beat five ranked teams, two of which were UCLA (25-1) and Washington (23-2). UT was also on the losing end of three one-run decisions, however. In mid-March, the softball season was abruptly ended due to concerns over the coronavirus pandemic.

In the final polls released by Softball America and USA Softball, UT was respectively ranked first and third. Like it did with the NFCA poll, Texas tied its 2013 team for its best-ever showing in USA Softball’s season-ending rankings. This is Softball America’s second season with a poll, and Texas closed out 2019 with a No. 9 ranking on that list.