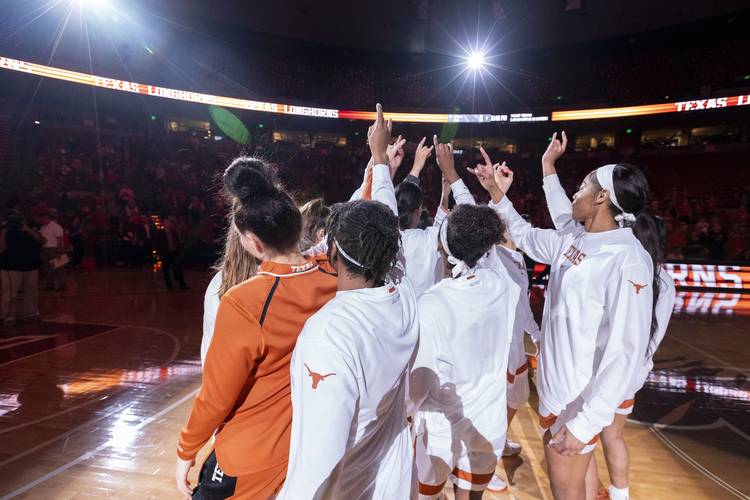 The Texas Longhorns take the court before a basketball game against Kansas State in Austin on Feb. 22, 2020. [Stephen Spillman for Statesman]

On Thursday afternoon, Texas landed both a point guard and a veteran voice.

Former Duke guard Kyra Lambert has announced that she will join the Longhorns as a graduate transfer. Lambert has spent the past five years at Duke, but she missed two seasons with a knee injury. She will have one year of eligibility remaining.

Excited to announce I will be playing my last year at the University of Texas!

Lambert could fill two needs for Texas and new coach Vic Schaefer. Following the graduation of Sug Sutton, Texas will need to find a starting point guard for this upcoming season. UT is also searching for veteran leadership since all of its returnees and signees will be juniors, sophomores and freshmen.

Lambert’s decision to attend Texas comes during the midst of a busy week for the Longhorns. Harvard graduate transfer Katie Benzan, who had originally signed with Texas in November, chose to instead finish her career at Maryland on Wednesday. Earlier this week, Penn State forward Lauren Ebo said that she would transfer to UT.