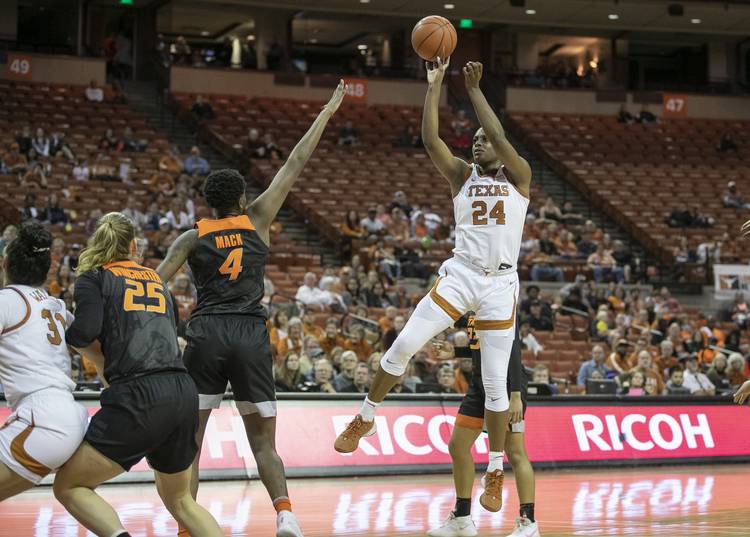 After four years in Austin, Joyner Holmes is heading to Seattle.

Holmes was selected by Seattle in the WNBA Draft on Friday night. The Storm took Holmes in the second round with the 19th overall pick.

A 6-3 forward, Holmes was once considered to be the second-best prospect in the 2016 recruiting class. As a senior at Texas, she averaged 13.1 points and 8.7 rebounds per game. Holmes led UT in rebounding during her freshman, sophomore and junior years.

When asked about Holmes earlier this week, ESPN analyst Rebecca Lobo said that “She is a great athlete. She has a great WNBA body. Her versatility in terms of her ability to get rebounds and facilitate on the break the other way is something that translates really well to the WNBA.”

After winning a WNBA championship in 2018, Seattle went 18-16 this past season. Holmes is the first Longhorn drafted by Seattle since Nneka Enemkpali was a third-round pick in 2015.

All-time, there have now been 11 Longhorns taken in the WNBA Draft. Texas had three representatives in the WNBA this past season. Former UT guard Ariel Atkins, who was a first-round choice in 2018, started for the Washington Mystics’ 2019 championship team.