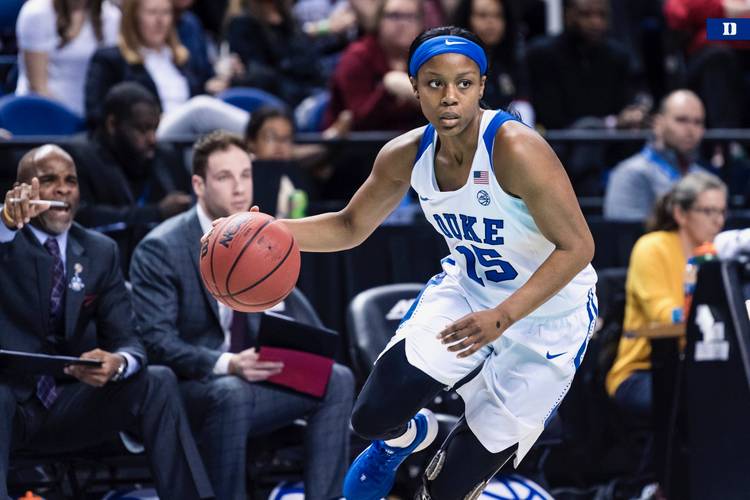 The women’s basketball team at Texas has officially added three names to its roster.

In a press release on Tuesday, Texas welcomed the transfers of point guard Kyra Lambert and center Lauren Ebo. The Longhorns also announced the addition of forward DeYona Gaston to its 2020 recruiting class.

All three of those players announced last week that they would join the Longhorns. Lambert is a graduate transfer from Duke, and Ebo is coming to Austin after spending the past two years at Penn State. Gaston is an prep prospect who originally signed with Mississippi State.

These are the first signings for new Texas coach Vic Schaefer, who spent the previous eight seasons at Mississippi State. UT’s press release on Tuesday included Schaefer’s thoughts on the team’s three newcomers.

Schaefer on Lambert: “The first thing that you need to know about this young lady is she is tough and competitive. She has been through some injuries in her career and has always battled back. She has a master’s degree already and will pursue another here at Texas. A product of Texas high school basketball and a former top-10 kid nationally coming out of high school, Kyra is a scoring point guard who has been in the wars in the ACC at Duke. She is a veteran who will provide leadership and competitive spirit to our practices and games and will be able to lead our younger players.”

Schaefer on Ebo: “I think what jumped out at me about Lauren was how she finished up her sophomore season at Penn State statistically and what she brings on both ends of the floor. She is a smart, heady defender who will take a charge defensively and also has a skill set that will benefit our team offensively, as well as create problems for our opponents to defend one-on-one. Her parents have been wonderful during this process. We’re excited to be adding another tremendous student-athlete to our program.”

Schaefer on Gaston: “I’m so excited about DeYona coming to the Forty Acres with us. She was the No. 1 player in the 2020 class at one time during her freshman year in high school before going through some injuries, missing playing time and seasons. She had a great senior year at Pearland High School. Her athleticism and quickness, combined with her size, will allow us to continue to do things both offensively and defensively like we want to. She’s a competitor! Our team and fans will love her personality and sense of humor. She has a great family as her mom and dad will always be there to support her at games in Austin.”