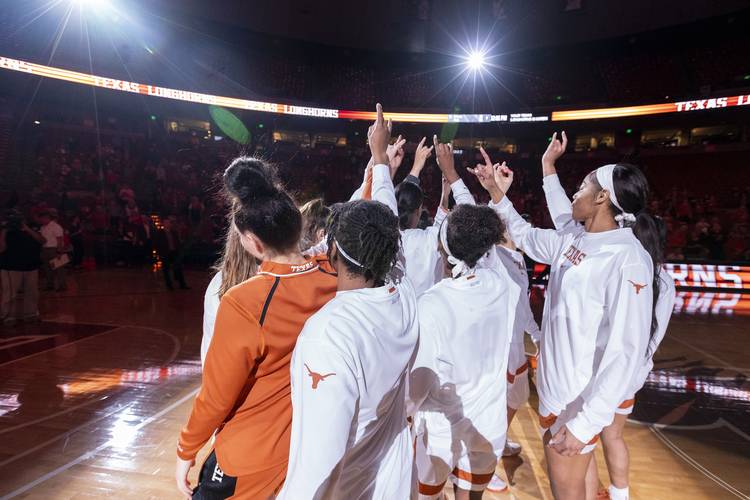 Texas prepares to take the court before a basketball game against Kansas State in Austin on Feb. 22, 2020. [Stephen Spillman for Statesman]

New Texas coach Vic Schaefer has found a quarterback for his basketball team.

here’s to a new chapter 🤍🤘🏾🧡. pic.twitter.com/uHCyJIPMBn

Cypress Creek went 41-1 this winter with its only loss coming in the Class 6A championship game. Harmon, however, reportedly missed the state tournament due to a violation of team rules.