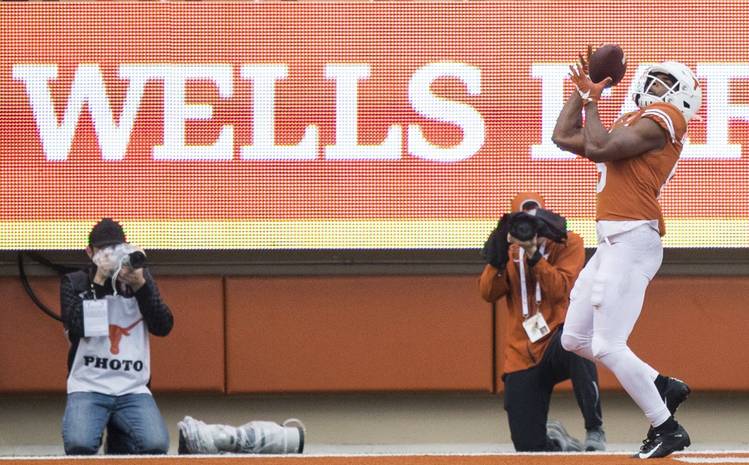 Following one of the best-ever seasons for a Texas receiver, Devin Duvernay is heading to Baltimore.

The Ravens selected Duvernay in the NFL draft on Friday night. Duvernay was taken in the draft’s third round with the 92nd overall pick.

Duvernay is the first draftee from UT’s receiving corps since Marquise Goodwin was a third-round pick in 2013. He joins a Baltimore team that employed former UT standouts Earl Thomas, Justin Tucker and DeShon Elliott in 2019.

Read more: In an NFL draft stocked with receivers, where will Devin Duvernay catch on?

At the NFL combine in February, Duvernay’s time of 4.39 seconds in the 40-yard dash ranked fifth among the participating receivers. The 5-10, 200-pound Duvernay has also been lauded for his sure-handed play. According to Pro Football Focus, Duvernay dropped only five of his 244 targets in college.

Duvernay had some moments over his first three years at Texas, but the top-rated recruit in UT’s 2016 recruiting class finally jumped onto the NFL’s radar this fall. After moving into the slot, Duvernay ranked third nationally and second in the UT record books with his 106 receptions. He also caught nine touchdown passes and led the Big 12 with his 1,386 receiving yards.