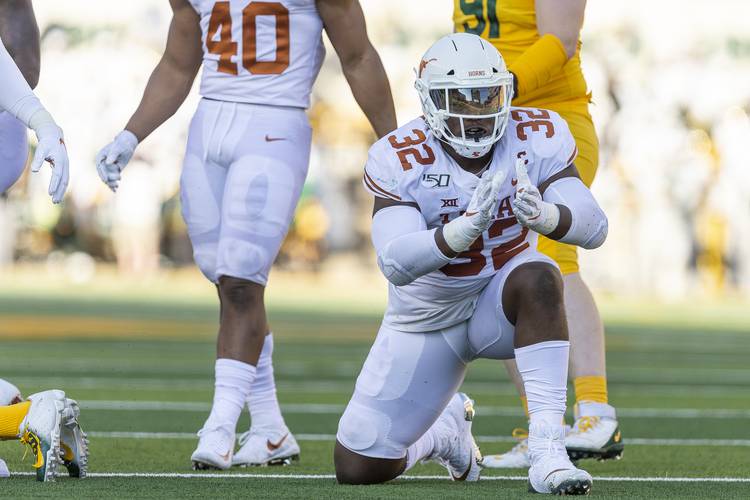 Of all the NFL stadiums, the Superdome in New Orleans is probably the one that Texas defensive lineman Malcolm Roach is the most familiar with.

Roach grew up around the Bayou Classic, which is a football game between Southern and Grambling State that is annually played at the Superdome. Roach once said “my whole family went to Southern,” but his father did coach at Grambling State and his brother was an all-conference defensive back for the Tigers. A Baton Rouge native, Roach also recorded four tackles for Texas in the 2019 Sugar Bowl.

Roach will now attempt to make the Superdome his permanent home. On Saturday, Roach announced that he had signed with the New Orleans Saints as an undrafted free agent.

Been gone for 4 years it’s time to come back Home! All I needed was the opportunity!! Now I got to prove the doubters wrong! #WHODAT⚜️ pic.twitter.com/PoKNM6cZTz

Over his 47 games at Texas, Roach was used as both a linebacker and defensive lineman. Roach mostly played on the defensive line during a senior season in which he was named a team captain, registered three sacks and blocked a kick. Nine of Roach’s 40 tackles were recorded behind the line of scrimmage.

Roach was invited to the NFL combine, but the 6-2, 297-pound prospect was not among the 255 picks in this week’s draft. Shortly after the draft ended, Roach tweeted out his next move.

“All my life I’ve dreamed about playing for the Saints,” he said in a statement released by Texas. “The way the draft went, it didn’t work out in my favor, but I feel like God has a bigger plan for me. I’m thankful for everything that’s happened, and I’m ready to go out there and prove to people what I can do. I’m ready to go in and make an impact with the Saints and try my hardest to make the roster there.”

The signing of Roach comes one year after Lil’Jordan Humphrey joined the Saints as an undrafted free agent. Humphrey eventually made New Orleans’ 53-man roster and appeared in five games. Defensive lineman Malcom Brown, who was New England’s first-round pick in 2015, is also on New Orleans’ roster.