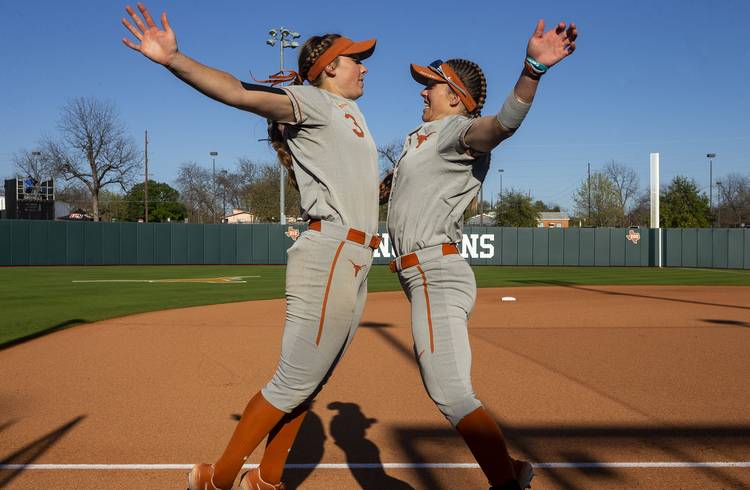 Had this been a normal spring, Texas would have hosted a ceremony for the seniors on its softball team on Sunday afternoon.

Texas had a game scheduled against Oklahoma State on April 26. That contest would have served as both UT’s Senior Day and the final home game of the regular season. The Longhorns and Cowgirls, though, never played since the softball season was cancelled last month due to the coronavirus pandemic.

Even though McCombs Field remained closed on Sunday, Texas still found a way to recognize three of its outgoing seniors. On its Twitter account, Texas published posts that honored outfielders Reagan Hathaway and Tuesday DerMargosian and infielder Kaitlyn Slack.

A redshirt senior OF from Lenexa, Kansas…No. 7 Reagan Hathaway!

Thanks @_reago for all your contributions to Texas softball! 🤘 pic.twitter.com/MB27L4Y11C

Thanks @kaitlynvslack for all your contributions to Texas softball! 🤘 pic.twitter.com/xfG9NQwGQ7

Thanks @tuesdaybrianna for all your contributions to Texas softball! 🤘 pic.twitter.com/DcYsgzlMvQ

Texas actually had six seniors on its roster this spring. Pitcher Miranda Elish, outfielder Kaitlyn Washington and utility player Shannon Rhodes will all return in 2021, however. The NCAA recently granted a waiver for all of its spring athletes, and Elish, Rhodes and Washington have decided to redo their senior years.