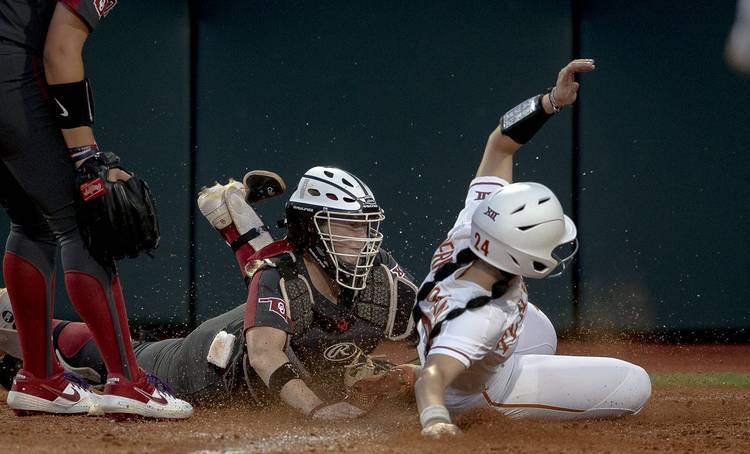 Softball America has listed UT softball players Tuesday DerMargosian and Grace Green among the names in the NCAA’s transfer portal.

DerMargosian was a senior outfielder this past season. Green was a freshman pitcher. Texas verified on Sunday afternoon that both players had entered the portal. DerMargosian had previously confirmed her decision to the The Daily Texan.

One of six seniors at Texas, DerMargosian was not expected to return to UT following the NCAA’s decision to give its spring athletes an eligibility waiver. Last weekend, Texas honored DerMargosian, Kaitlyn Slack and Reagan Hathaway with a virtual senior day.

Over her four years in Austin, DerMargosian started 58 times, hit .262 and scored 56 times. She was often used off the bench as a baserunning and defensive upgrade in 2019 and 2020. During the final game of UT’s 2020 season, DerMargosian made a nice play in centerfield to preserve pitcher Miranda Elish’s perfect game.

WALKOFF ALERT! @gracefacegreen blasts a drive to right for her first collegiate HR, and it also ends this contest! Texas beats Texas Southern, 13-5 (6 inn.), to improve to 22-3 overall! #OneTeamOneTexas pic.twitter.com/ARLMLS7jtV

In high school, Green was rated as a top-20 recruit by both Extra Inning Softball and FloSoftball. The North Richland Hills native was originally committed to Oregon. She switched that pledge when head coach Mike White left the Ducks for Texas.

Green played sparingly this spring. In her only appearance in the circle, the left-hander allowed three runs and walked the five batters she faced. She also hit .375 with a home run over her eight at-bats.

Even with the subtraction of DerMargosian and Green, UT still boasts a lot of depth in its dugout. Of the 81 starts in the Texas outfield this season, 60 were made by players who will return in 2021. Four pitchers remain in Austin, and Ole Miss transfer Molly Jacobsen and incoming freshman Ryleigh White will soon join the Longhorns.

Update: This story has been updated to include the confirmations of Green and DerMargosian’s entrances into the portal.