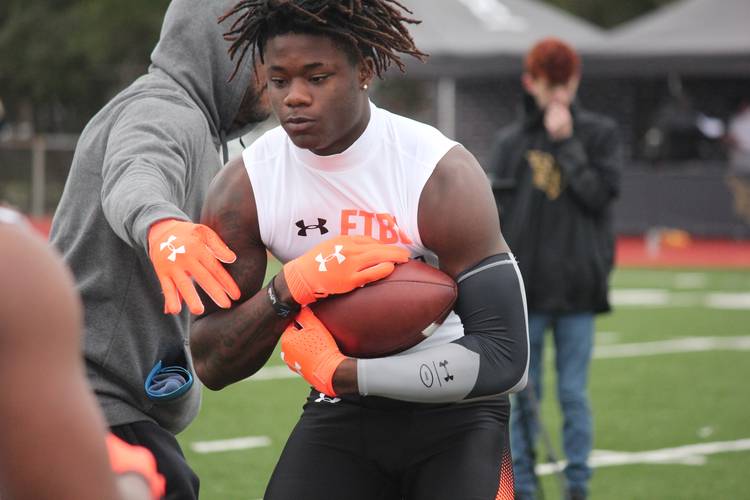 The ongoing recruiting saga of 2020 five-star running back Zachary Evans came to a quiet conclusion Monday afternoon when news trickled out that the former Galena Park North Shore star enrolled at TCU and plans to play for the Horned Frogs when the football season starts. He’s the first five-star recruit to ever sign with the Horned Frogs directly out of high school, but his journey to Fort Worth was not without bumps in the road.

Evans entered his senior season as the No. 1-ranked running back in the nation and the consensus top player in the state of Texas. He helped North Shore claim a Class 6A Division I title as a junior in 2018, rushing for 1,784 yards and 29 touchdowns. North Shore was the favorites to repeat entering the 2019 season, but the season started with a loss to Katy thanks, in part, to a suspended Evans.

The issues never stopped. Evans would rush for 1,600 yards and 20 touchdowns on just 127 carries as a senior, missing time throughout the season due to injury or discipline. Evans missed the first half of the state semifinal game to take a college entry exam, and then was suspended for the state championship rematch with Duncanville over a violation of team rules. That led Georgia to drop Evans from his national letter of intent in December, freeing up the No. 1-ranked player on the Fab 55 to search for a new home.

That didn’t prove easy. National signing day in February passed without Evans taking part and picking a school. He remained quiet and in the shadows as the 2021 recruiting class reached the forefront of onlooker’s minds. Some thought he was destined for a JUCO program. Instead, the state’s best running back since J.K. Dobbins is headed to TCU.

Evans should make an immediate impact if the 5-11, 200-pound rusher can stay out of trouble. The Horned Frogs lost most of their production at running back from 2019 to graduation or the NFL draft. Evans is an incredible running back with generational skills. It’s the steal of the century if Evans figures out his personal demons at TCU. He can become the best back at TCU since LaDainian Tomlinson.