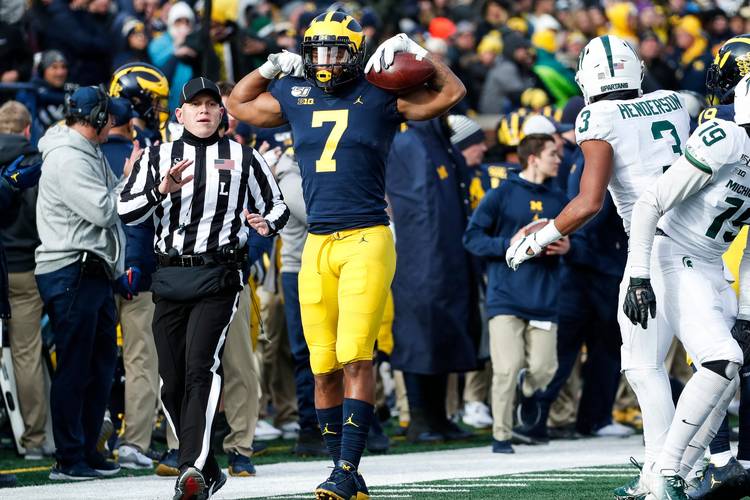 Now that Texas has received his paperwork, Tarik Black is officially a Longhorn.

School officials announced Monday the Michigan grad transfer had indeed joined UT and will be eligible for the 2020 season, giving quarterback Sam Ehlinger an experienced target out wide.

Black played three seasons for the Wolverines and appeared in 21 games. Technically, he could have two years remaining since a foot injury shortened his freshman season. But grad transfers typically are a one-and-done arrangement.

The Longhorns have had strong success through the grad transfer market the last few years. Running back Tre Watson (Cal) and offensive linemen Calvin Anderson (Rice) and Parker Braun (Georgia Tech) were all key starters from the moment they transferred in.

“He has competed against a lot of tremendous players in the Big Ten and at Michigan for three years, so he brings a great deal of knowledge and experience to our team,” UT coach Tom Herman said in a statement. “Tarik is a really talented player who will be a valuable veteran influence and can bring added leadership to our wide receiver room.”

Also, Texas announced that Pflugerville Connally defensive back Jahdae Barron, a four-star corner, had signed with UT. He initially signed with Baylor but was released from his letter of intent when coach Matt Rhule left for the NFL.

Barron’s addition means the 2020 recruiting class is up to 19 players.

“He’s a local player from Pflugerville who we’ve followed closely for a long time and is fulfilling a lifelong dream of playing for Texas,” Herman said. “In addition to Jahdae being a very productive player in high school, he’s really competitive, plays extremely hard and is just a great fit for what we’re looking for in our program. We’re so excited that he’s a Longhorn.”

Texas ex Shane Buechele completes his fundraiser, will give $50,000 check to city of Dallas