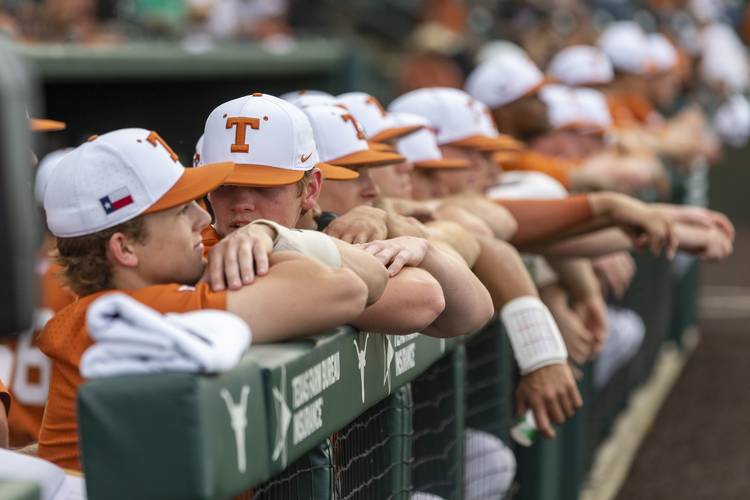 On Wednesday evening, the Texas baseball team found some relief in San Antonio.

Right-handed pitcher Palmer Wenzel has revealed on Twitter that he plans on playing baseball at Texas in 2021. The 6-1, 195-pound Wenzel will join the Longhorns as a graduate transfer from UT-San Antonio.

Wenzel recorded a 0.87 ERA and three saves this past season. He worked 10 1/3 innings over six appearances but did not pitch in UTSA’s 6-2 loss at Texas on Feb. 18.

I’m thrilled to announce that next semester I will be attending the University of Texas to pursue a Masters of Science in Information Technology Management.

In addition, I would like to officially announce my commitment to @TexasBaseball as a graduate transfer. Hook ‘Em! 🤘🏻 pic.twitter.com/Qe6PHTJTgA

Wenzel started his collegiate career at McLennan Community College and transferred to UTSA before the 2018 season. After his 2019 season was cut short after three games by an injury, Wenzel was classified as a redshirt senior this year. The NCAA, however, recently ruled that due to the coronavirus pandemic, its spring athletes won’t lose a year of eligibility.

Texas will add Wenzel to what is already a crowded roster. The Longhorns, though, may lose some arms in next month’s MLB Draft. The draft will only last five rounds this year, but UT junior Bryce Elder and incoming freshmen Jared Kelley and Jared Jones are among the expected picks.