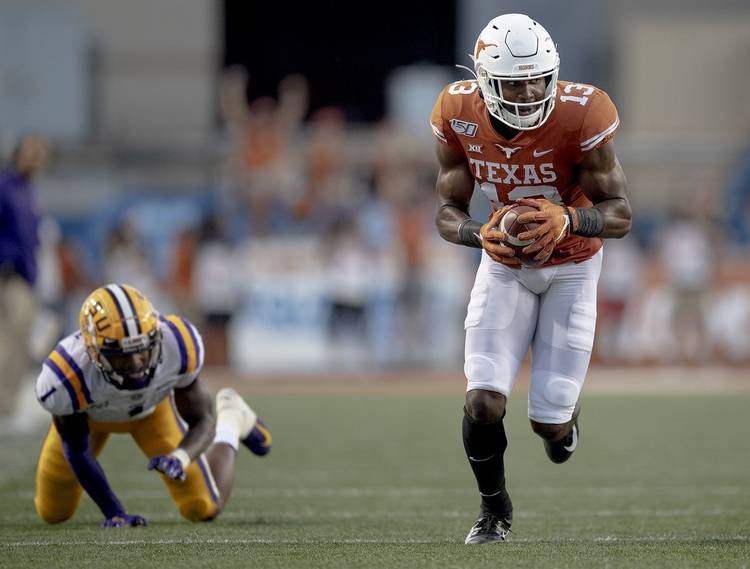 Texas receiver Brennan Eagles has announced that he may take a stand by sitting.

Eagles took to social media on Wednesday night to ask his fellow student-athletes if sports should currently be anyone’s focus. He added that he doesn’t see himself playing football anytime soon.

On both his Twitter and Instagram accounts, Eagles wrote that “Athletics brings people together all over but at the end of the day I’m not going to play another snap knowing what’s going on in our society due to color and the system being broken… i just can’t.”

Eagles’ comments were made nine days after the death of George Floyd in Minneapolis. Derek Chauvin, a white police officer, kept his knee on the neck of Floyd, a black 46-year-old, for nearly eight minutes during an arrest that was videotaped. Floyd repeatedly said that he could not breathe, but those pleas were ignored and he later died. Chauvin has since been fired and charged with second-degree murder.

The death of Floyd set off a wave of countrywide protests that denounced police brutality and supported the Black Lives Matter movement. In Austin on Wednesday, protesters participated in demonstrations for the sixth straight day.

Earlier this week, Texas coach Tom Herman told the American-Statesman that his team held a three-hour meeting on Monday. Football was an afterthought. “Some guys were were rightfully angry and wanted to vent. Some guys were more tempered in their tone and maybe more pragmatic,” Herman said. “But, you know, it certainly ran the gamut of not only emotions, but the thoughts and ideas of how do we best unite as a team to create real change.”

Over the weekend, the UT athletic department encouraged its athletes to “speak up and become a part of the direct and difficult conversations that must take place in the days and weeks ahead.” Herman did not address his players’ use of social media on Monday.

“We really didn’t even touch on it, other than I got your back,” Herman said.

Two days later, one of Texas’ top receivers made a huge statement on social media. After compiling 32 receptions and 522 yards as a sophomore, Eagles is UT’s leading returning receiver. He started seven times last season.

On Thursday, a UT spokesperson declined to comment on Eagles’ proclamation. Texas football players like Juwan Mitchell, Kobe Boyce, DeMarvion Overshown and Tope Imade all expressed their support of Eagles on Instragram.