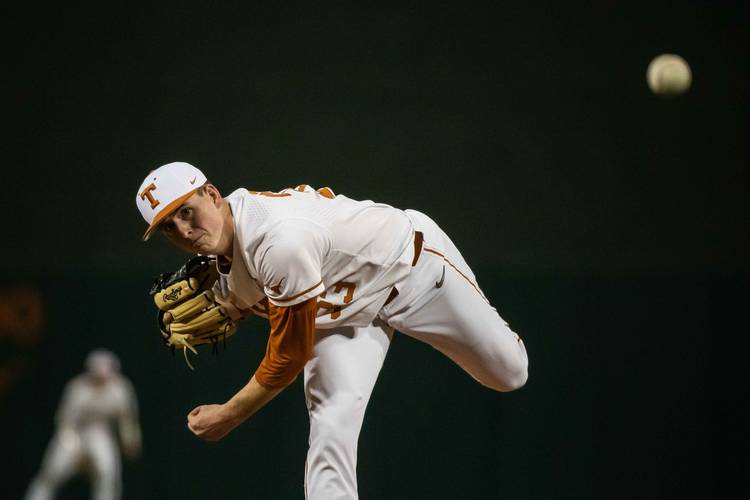 The last Longhorn to earn these freshman-year accolades was designated hitter Zach Zubia in 2018. No UT pitcher had been recognized since Morgan Cooper’s freshman year in 2014.

Just a kid from California! Never satisfied… this is only the beginning 🤘#hookem https://t.co/Bc2ov4HPiX

A 6-2 left-hander out of California who Texas began recruiting after receiving a tip on Twitter, Hansen went 2-0 with 18 strikeouts and a save in 2020. He surrendered nine hits and did not allow an earned run over his 17 innings on the mound. Texas had planned on moving Hansen into its weekend rotation, but the coronavirus pandemic led to the cancellation of UT’s remaining games before he could make his first Sunday start.

Twelve freshmen from the Big 12 were designated as All-Americans by Collegiate Baseball Newspaper. The publication honored 42 freshmen pitchers.