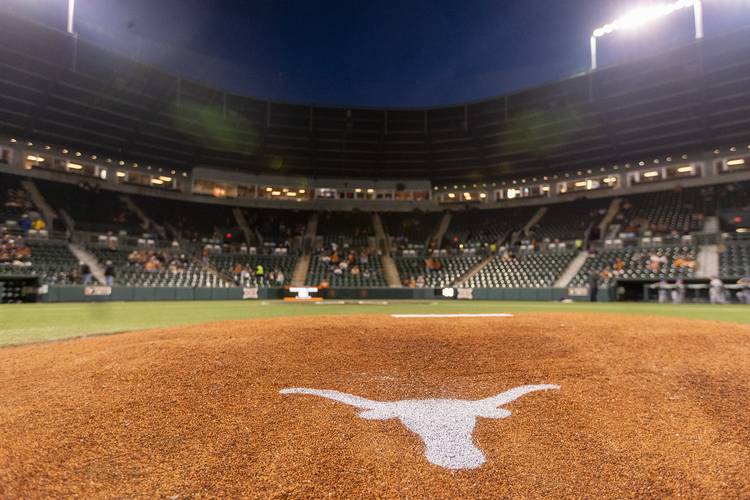 Texas signee Carson Tucker was selected by Cleveland with the 23rd pick in the MLB draft on Wednesday.

A shortstop from Phoenix, Tucker had signed with Texas this past November. He was drafted six years after Pittsburgh used a first-round pick on his older brother, Cole.

Tucker was Texas’ only tie to the first day of the draft. Refugio pitcher Jared Kelley, who has also signed with Texas, was not among Wednesday’s 37 picks. Kelley had been rated by MLB.com as the nation’s 12th-best prospect.

Heyo and hello! We've got our guy!

Been dreaming about this moment since i was a kid. Words can’t describe how grateful I am to have a chance to pursue this opportunity with the @Indians . Cleveland lets get after it #OurTribe #MLBDraft

Will Tucker choose Cleveland’s farm system over the Longhorns? Probably. In the last five drafts, nearly 90 high school prospects were selected in either the first round or the first competitive balance round. Only five of those picks did not sign. According to MLB.com, the assigned value for this year’s 23rd pick is $2,926,800. (Former UCLA first baseman Michael Toglia, the 23rd pick in the 2019 draft, signed for $2.73 million).

Tucker is a member of a 2020 recruiting class at Texas that was ranked by Baseball America as the nation’s best. Each of Texas coach David Pierce’s previous three classes featured at least one top-tier draft pick. Former UT prospects Tristen Lutz (34th overall, 2017), Landon Leach (37th, 2017), Simeon Woods Richardson (48th, 2018) and Brett Baty (12th, 2019) all signed with the teams that drafted them.

The draft’s first round and first competitive balance round were completed on Wednesday. The final 123 picks of this year’s five-round event will be announced on Thursday. Texas junior pitcher Bryce Elder, Kelley and a few more UT signees could all be chosen.