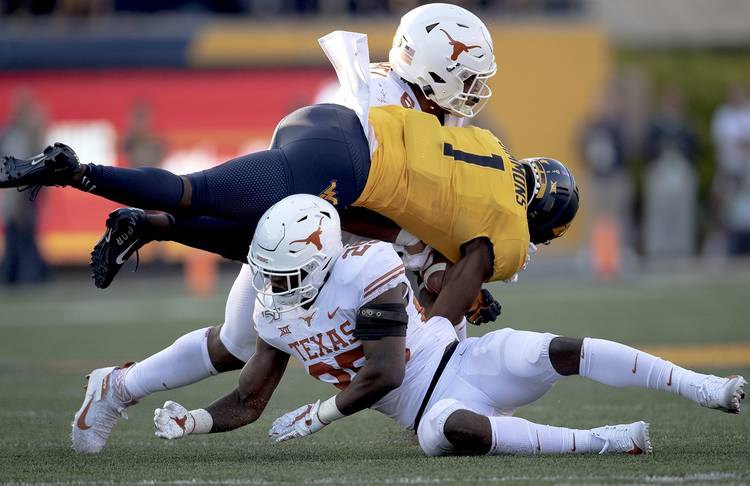 After getting into “a fight with a car bumper,” Texas junior defensive back B.J. Foster has been added to the Longhorns’ injury report.

Texas coach Tom Herman told reporters on Thursday that Foster fractured the fifth metacarpal bone in my hand. Herman explained that Foster recently discovered that his car’s bumper had been hit by someone who did not leave a note. Out of frustration, Foster hit the bumper of his vehicle.

“We had a long conversation on that,” Herman said. “Every time in my 45 years on the planet when a player gets in a fight with an inanimate object, usually the inanimate object wins.”

Had Texas held practices this spring, Foster would not have participated because of his off-season shoulder surgery. Herman said Foster’s hand injury will lead to a cast. He should be able to workout this summer, though.

Over his first two seasons in the Texas secondary, Foster started 14 times. He recorded 34 tackles, 1.5 sacks and one interception in 2019.

While discussing other injuries, Herman noted that quarterback Sam Ehlinger (rib) and receiver Jordan Whittington (hernia) were fine. He added that linebacker Ayodele Adeoye (foot) could play if UT had a game scheduled for this weekend. Texas is hopeful that linebacker Marcus Tillman, who suffered a knee injury last September, could be full-speed by the middle of July.

Freshman defensive lineman Peter Mpagi continues to have tests done on his heart condition. Running back Derrian Brown, who suffered a stroke in 2019, had a second surgery on his skull a few weeks ago. Herman said that he ” would doubt that either of those two young men will be playing football this season.”