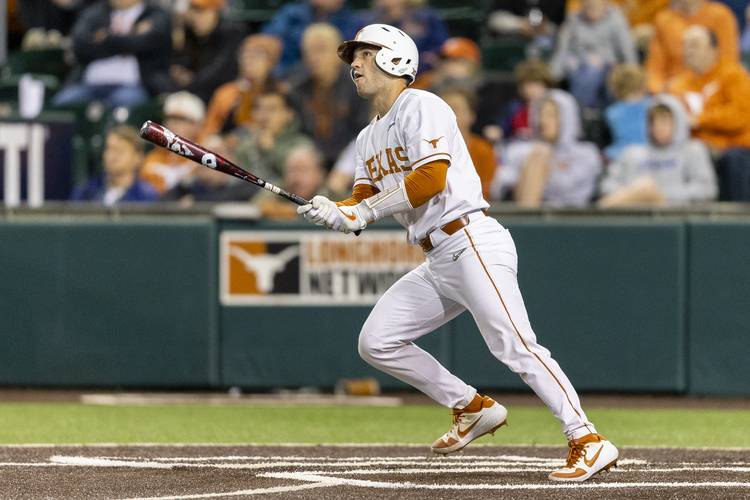 After years of wearing the No. 6 jersey at Texas, DJ Petrinsky will extend his collegiate baseball career into a sixth season.

Petrinsky took to Instagram on Saturday to announce that “I’m back… again.” Petrinsky was a senior catcher this past season, but the NCAA has given back a year of eligibility to all of its spring athletes. UT’s 2020 baseball season only lasted 17 games due to the coronavirus pandemic.

The six-foot, 195-pound Petrinsky split playing time with freshman Silas Ardoin this spring. In 14 games, he hit .178 with two home runs. One of those homers was hit at Minute Maid Park against LSU’s Cole Henry, who was recently taken in the second round of the MLB draft.

After spending two years at Hill College, Petrinsky transferred to Texas before the 2018 season and started 58 times on a team that reached the College World Series. Petrinsky’s nine homers ranked third among the 2018 Longhorns. Three of those balls left the ballpark in the postseason.

Due to a shoulder injury, Petrinsky played in only 11 games the following season. He received a medical redshirt for the 2019 campaign. In total, Petrinsky has started in 79 games at Texas.

Petrinsky’s proclamation of a comeback was made two days after a similar announcement by senior outfielder Austin Todd. Duke Ellis, who is also an outfielder, has not yet revealed if he’ll play baseball at Texas in 2021. The fourth senior on UT’s 2020 roster — relief pitcher Donny Diaz — will not return.