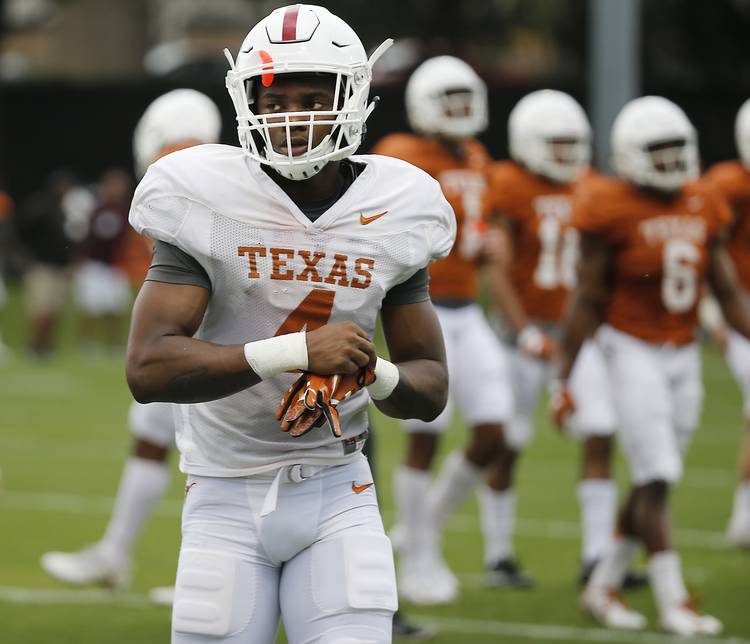 Texas defensive back Anthony Cook during a practice on March 28, 2018 at the Denius Fields. RALPH BARRERA / AMERICAN-STATESMAN

Less than two weeks after he tweeted that he will “not be playing another snap for the University of Texas,” Anthony Cook has reportedly entered the NCAA’s transfer portal.

Multiple media outlets reported on Tuesday that Cook’s name now appears in the transfer portal. A 6-1, 185-pound cornerback, Cook has two years of eligibility remaining. A Texas spokesperson was unable to immediately confirm those reports.

On June 11, Cook abruptly announced that he had played in his last game at Texas. Cook’s tweet about his departure was later deleted. Less than two weeks later, however, it appears again that Cook wants to leave.

Cook was considered a four-star talent when he signed with Texas in December of 2017. As a freshman, he was inserted into the starting line-up at Oklahoma State following the suspensions of Kris Boyd and Davante Davis. The following year, he started six times.

Over his two seasons with the Longhorns, Cook appeared in 25 games. He recorded 42 tackles and three pass deflections.

Texas is still stocked at cornerback as juniors Kobe Boyce, Jalen Green, D’Shawn Jamison and Josh Thompson are joined by redshirt freshman Kenyatta Watson II on the depth chart. In fact, Cook would have been moved to nickel back this spring had Texas been able to practice. B.J. Foster is the returning starter at nickel back, and both Thompson and rising sophomore Chris Adimora can play that position.

Update (June 24 at 10 p.m.): While Cook has entered the transfer portal, Texas has confirmed that he remains on the team’s roster.