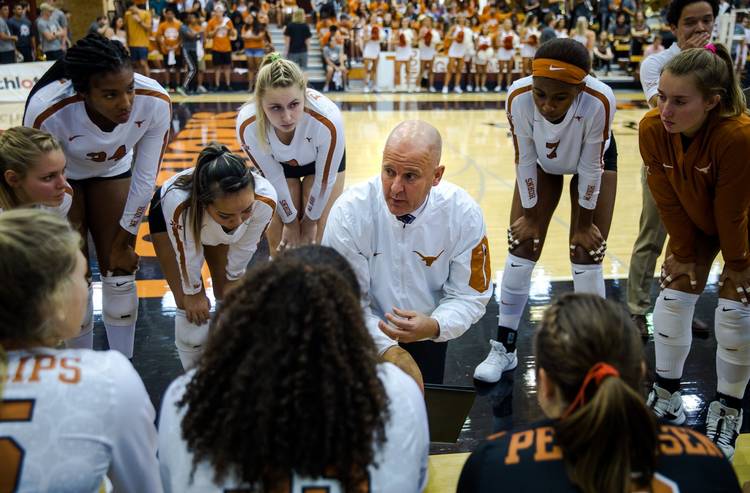 With her pledge, Halter becomes the first member of UT’s 2022 recruiting class. Texas has not yet received a commitment from the Class of 2021.

Halter is a defensive specialist and libero who is entering her junior year at Roncalli High in Indianapolis. This past season, Halter received a second-team designation on the Indiana Volleyball Coaches Association’s Class 4A all-state team. According to MaxPreps, she led the Rebels with her 7.4 digs per set. Halter also served a team-high 49 aces.

I’m super excited to announce that I have verbally committed to the University of Texas to continue my volleyball and academic career. Huge thank you to my family, friends, and coaches that have helped and supported me through this process. Go Longhorns! #hookem 🧡

Sydney Petersen, a rising junior and two-year starter at the libero position, will have graduated by the time that Halter gets to campus. Texas signed libero Nalani Iosia and defensive specialist Reilly Heinrich during the 2020 recruiting cycle.