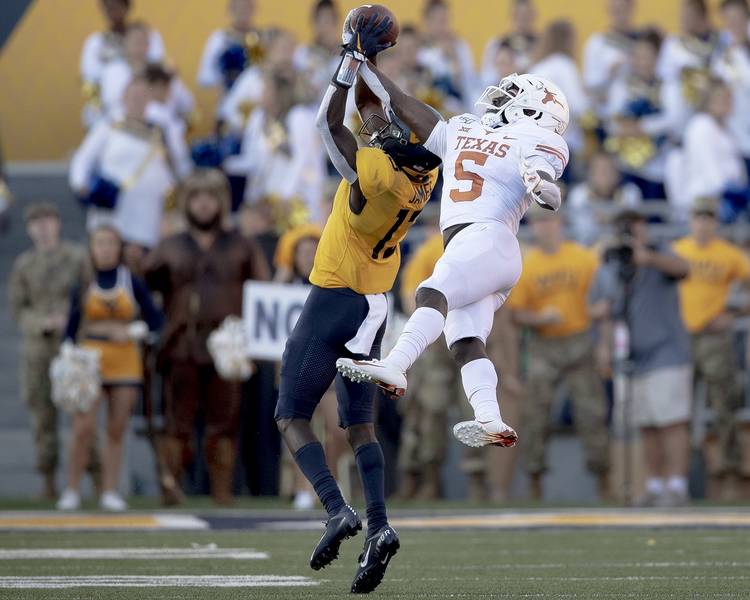 Five Longhorns have been voted onto the Big 12’s preseason football team, the conference revealed on Thursday.

Texas quarterback Sam Ehlinger and offensive lineman Samuel Cosmi joined forces on the preseason team’s offense. Joseph Ossai, who made the cut as a linebacker, was accompanied on the defense by defensive backs D’Shawn Jamison and Caden Sterns.

Advertisement
One of five Big 12 quarterbacks on the preseason watch list for the Davey O’Brien Award, Ehlinger is coming off a season in which he threw for 3,663 yards and 32 touchdowns. None of the returning quarterbacks in the Big 12 had more touchdowns passes last year. Only Iowa State’s Brock Purdy had more passing yards (3,982).

A 26-time starter at the tackle positions, Cosmi joined Oklahoma State standouts Chuba Hubbard and Tylan Wallace and Oklahoma offensive lineman Creed Humphrey as the only unanimous selections to the Big 12’s preseason team. Cosmi has been viewed as a first-round pick in many of the predictions for the 2021 NFL Draft.

Ossai led UT last year with his 90 tackles, and he capped his sophomore year with a three-sack outburst in the Alamo Bowl. Sterns contributed 58 tackles over nine games in 2019. Jamison recorded a team-high three interceptions last season, and one of those turnovers was an acrobatic snag at West Virginia.

The Big 12 will release its preseason poll on Friday. The conference announced this week that it was pushing back its annual media days to the beginning of August.