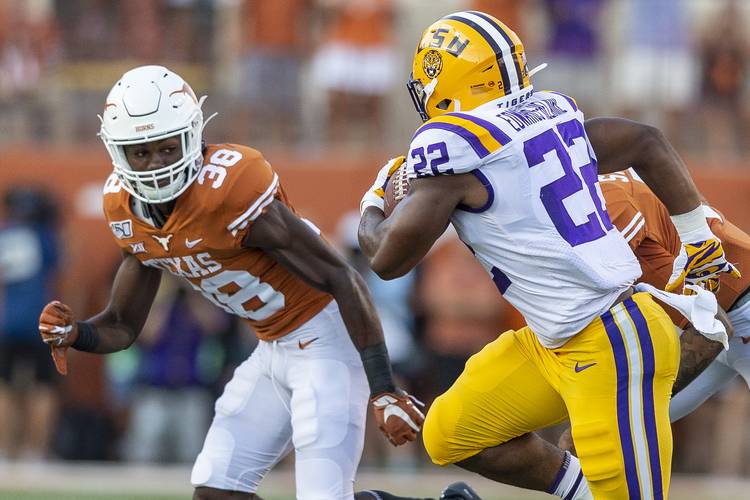 Texas junior Kobe Boyce announced on Saturday that he has decided to focus on his mental health instead of football.

A fourth-year cornerback on the UT football team, Boyce revealed in a lengthy message on Twitter that he has been battling depression for the past few years. He went onto write that “Everyone is struggling with something in life especially in these times. Take care of yourself and your mental health because you won’t be able to operate in anything you do if your head is not in the right place. That’s where I felt I was at and I am going to be taking a step away from football and work on myself.”

In his post, Boyce thanked his teammates, coaches and family as well as the Texas fans. He also encouraged the Longhorns to win the Big 12’s championship. A Youth and Community Studies major, Boyce added that he will still be a student at Texas.

Since he redshirted in 2017, Boyce does have two years of eligibility left. Over the past two seasons, Boyce started six times and appeared in 19 games. He was one of UT’s starting cornerbacks for the first three games of the 2019 season. Boyce recorded 16 tackles and six pass deflections during his time at Texas.

Boyce’s departure comes a few weeks after UT junior Anthony Cook entered the transfer portal. Cook, who is also a cornerback, still remains on the Texas roster. If Boyce and Cook are unavailable this fall, Jalen Green, D’Shawn Jamison and Josh Thompson are among the experienced cornerbacks who will contend for playing time.