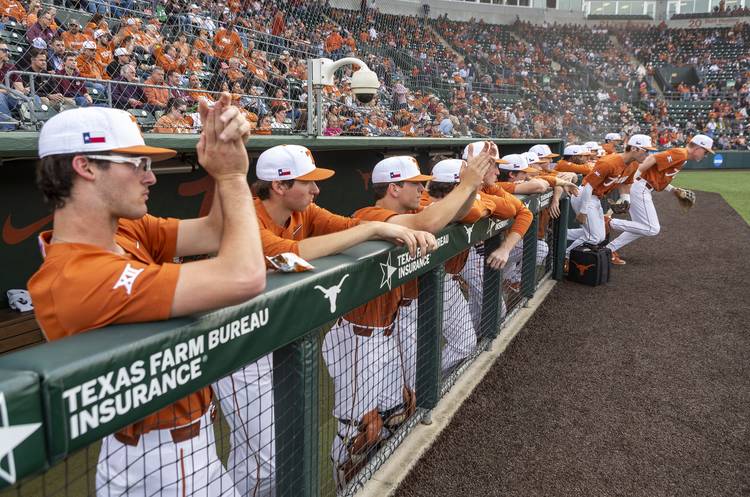 Before he earns his first varsity at-bat, Blake Peterson has decided where he’ll take his cuts in college.

Peterson gave a verbal commitment to UT’s baseball program on Wednesday. In a post on Twitter, Peterson said that “I was born here and I’ve been raised here, burnt orange runs through my veins.”

Peterson plays for the Lonestar Baseball Club during the summer. This spring, he was a member of Westlake’s junior varsity program. Peterson will soon join a varsity team that went 13-1-1 during a coronavirus-shortened season. The Chaparrals won’t need a third baseman in 2021 since Oregon State pledge Reece MacRae starts at that position, but Westlake coach JT Blair said that Peterson “can really play anywhere.”

“The sky’s the limit for him,” Blair told the American-Statesman on Wednesday. “He’s got a great work ethic. I don’t see him getting anything but better.”