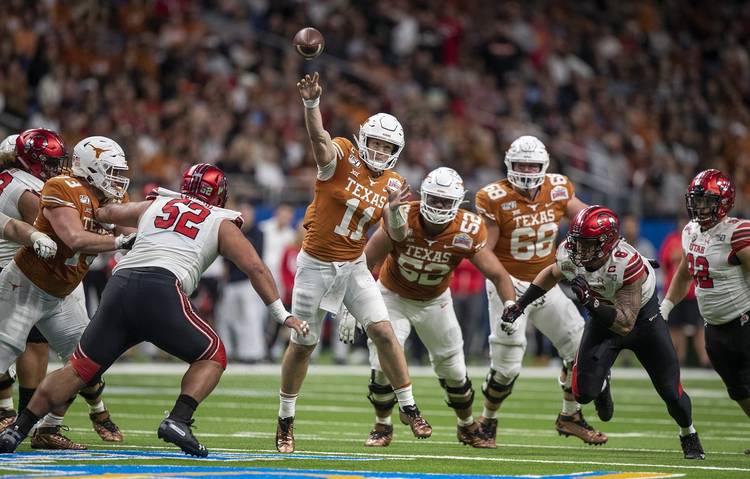 Texas Longhorns quarterback Sam Ehlinger (11) passes the ball in the second quarter against Utah Utes during an NCAA college football game at the Valero Alamo Bowl at the Alamodome on Tuesday, December 31, 2019 in San Antonio, Texas. [RICARDO B. BRAZZIELL/AMERICAN-STATESMAN]

College football is forging ahead with its plans for the 2020 season amid coronavirus concerns and Longhorn beat writer Brian Davis joins this week’s On Second Thought podcast to discuss the latest developments on the Forty Acres, including Chris Del Conte’s plea for donations and the football team’s early success combating the virus.
Also, San Antonio Express-News columnist Mike Finger gives his take on the NBA bubble why he expects legendary Spurs coach Gregg Popovich to return for another season.