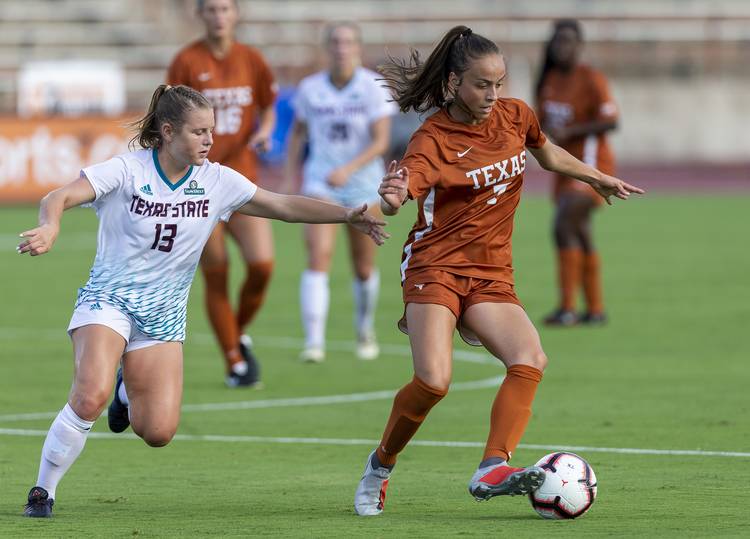 A junior midfielder, Grosso was the only Longhorn who received enough votes from the Big 12’s coaches. Texas Tech and Oklahoma State led the 11-player team with three honorees apiece.

Congrats to the 11 honorees voted on by #Big12WSOC head coaches!

Grosso was a first-team all-conference pick during the 2019 season. The eight goals that Grosso scored as a sophomore were tied for the team lead at Texas. She ranked second among the Longhorns in assists (eight) and total points (24). Grosso scored her eight goals on only 15 shots.

In addition to her duties at Texas, Grosso also plays internationally. Grosso was on Canada’s roster for the 2019 World Cup, but she did not appear in any of her country’s four matches.

Grosso and the Longhorns returned to practice this week. As of now, the team’s opener is scheduled for Aug. 30 against Rice.