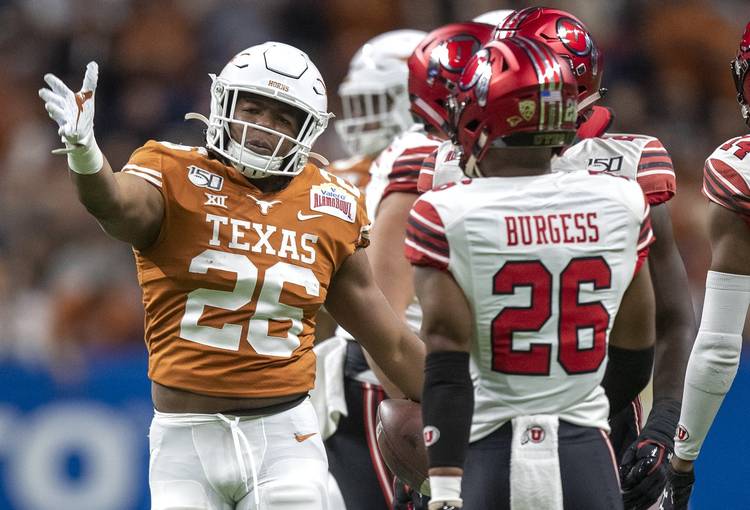 When judging the state’s two most high-profile 8-5 college football programs, coaches nationwide currently give the nod to Texas A&M over Texas.

The Longhorns will start the unpredictable 2020 season ranked 14th in the Amway Coaches Poll, one spot behind the 13th-ranked Aggies, in the debut poll released Thursday by USA Today.

Clemson is the preseason No. 1 pick with Ohio State and Alabama ranked second and third, respectively. Oklahoma is  the highest-ranked Big 12 team at No. 6. Oklahoma State is 16th and Iowa State captured the 25th spot.

Texas coach Tom Herman and A&M’s Jimbo Fisher both vote in the weekly poll. Herman has been adamant the two schools should renew their historic rivalry, but Fisher is content to focus on the SEC.

The Longhorns are scheduled to begin fall practice on Friday, but it’s unclear how quickly UT will get into full-pads action. The Big 12 has yet to unveil this season’s revamped 10-game schedules and when teams will start.

The Big 12 has opted for nine conference games and one non-conference foe because of the COVID-19 pandemic. Texas is likely to play UTEP in non-conference play; the two teams were already scheduled to play on Sept. 19.

Texas officials are looking at stadiums models that allow only 25% capacity. A&M is likely to allow 50% capacity, in line with Gov. Greg Abbott’s statewide mandate.