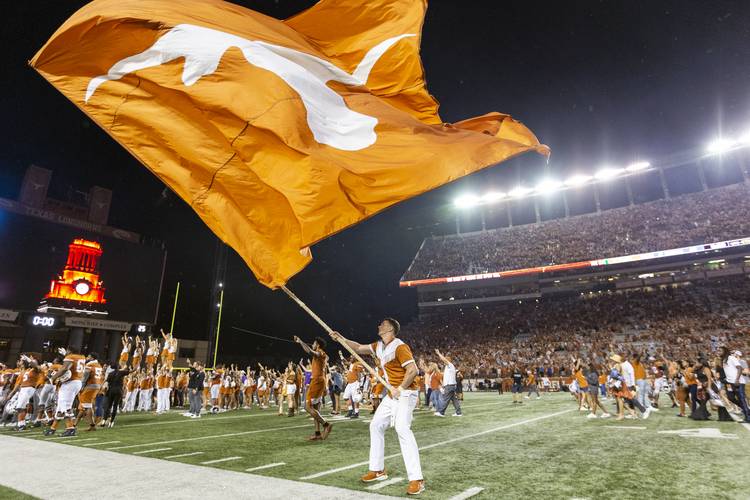 A Texas cheerleader celebrates a 50-48 win over Kansas during an NCAA college football game at Royal-Memorial Stadium, Saturday, Oct., 19, 2019. [Stephen Spillman for Statesman]

Alexis is a speedster at 6-1 and 175 pounds. He was credited with a 4.41 laser-timed 40-yard dash. He also competes in the 100- and 200-meters. Alexis is also the student class president at Monarch. He played both ways as a junior, but his collegiate upside is at wide receiver where he caught 49 passes for 894 yards and eight touchdowns. Alexis held 36 offers.

Alexis comes from a proven football bloodline as the son of Rich Alexis, who starred at Washington University before playing for multiple teams in the NFL.