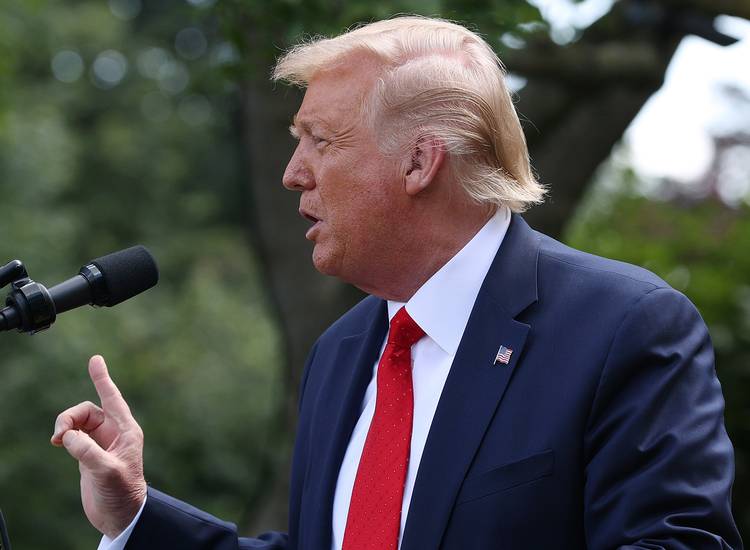 U.S. President Donald Trump speaks in the Rose Garden before signing an executive order on the White House Hispanic Prosperity Initiative July 9, 2020 in Washington, D.C. Trump's executive order on payroll taxes does not nullify them but only pushes their due date to the end of the year, which may cause serious problems for taxpayers and companies. (Win McNamee/Getty Images/TNS)

The tweets follow reports by the Detroit Free Press that Big Ten officials voted to cancel the conference’s fall season due to the ongoing coronavirus pandemic.

“The student-athletes have been working too hard for their season to be canceled,” Trump said in one tweet, responding to Clemson University’s Trevor Lawrence. Lawrence is among many prominent players who have taken to social media in support of the #WeWantToPlay movement.

“As he mentioned in that tweet, a lot of these college athletes work their whole lives to get four years. Sometimes they’re redshirted an extra year if they’re lucky,” White House Press Secretary Kayleigh McEnany said during a press briefing of Trump’s stance on the issue. “They work their whole lives for this moment. And he’d like to see them have a chance to live out their dreams.”

The student-athletes have been working too hard for their season to be cancelled. #WeWantToPlay https://t.co/lI3CCKZ4ID