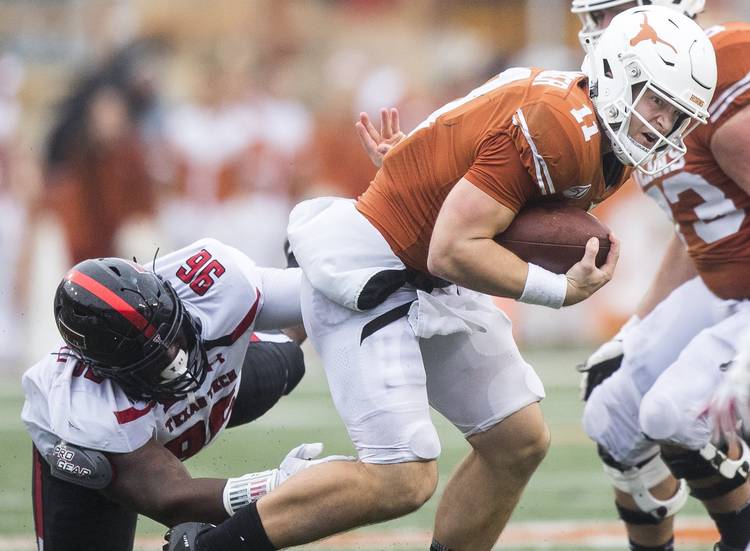 Texas will open the Big 12 portion of the season at Texas Tech on Sept. 26, the Big 12 announced Wednesday. But that could still change, and it’s possible there could still be no season at all.

The Big 12 unveiled its new league schedule Wednesday, something that was already in the works before Tuesday night’s Board of Directors meeting. The league had previously announced teams would play its regular nine-game round-robin format with one additional non-conference game.

“Making adjustments on the fly are going to be a part of this,” Big 12 commissioner Bob Bowlsby said during a teleconference. “But our medical professionals are saying go forward, move slowly, make small adjustments, constantly be vigilant about changes in the environment. That’s what we’re listening to.”

As of now, Texas is expected to open the season at home against UTEP on Sept. 12, although neither school has made it official. A UT source told the American-Statesman that date could still change but is unlikely.

“Texas’ non-conference game of the 2020 schedule will be announced at a later time,” the school said in a statement on Wednesday.

Then, the Longhorns would have a bye week before opening league play. Texas would then travel to face Tech at Jones AT&T Stadium the following week. Texas is scheduled to return home to play TCU on Oct. 3.

Both Texas athletic director Chris Del Conte and Oklahoma’s Joe Castiglione have said they wanted to keep the annual Red River Rivalry game in Dallas. For now, the game is still scheduled on Oct. 10, the traditional second weekend of October.

Both Del Conte and Castiglione understand they are operating under Gov. Greg Abbott’s mandate of 50% stadium capacity. Both sides control their own ticketing for their half of the Cotton Bowl.

UT will get two weeks off before returning to play Baylor at home on Oct. 24. Then, the Horns are headed to Stillwater, Okla., for a date with Oklahoma State on Oct. 31.

Things are stretched out in November and even goes into December.

Texas will host West Virginia on Nov. 7 and then play at Kansas on Nov. 21.

Coach Tom Herman’s club will host Iowa State on Nov. 28 and then finish at Kansas State on Dec. 5.