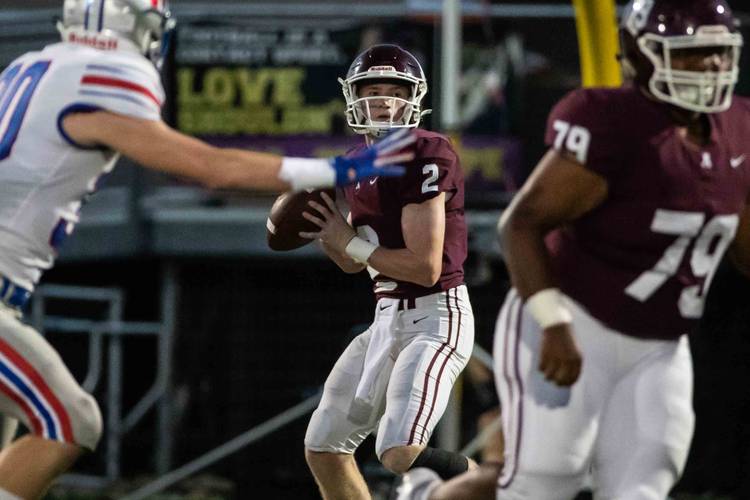 It didn’t take long for Texas to find a new quarterback for its 2021 recruiting class.

Austin High senior Charles Wright gave a verbal commitment to UT’s football program on Saturday. Wright had been committed to Iowa State since February. But this weekend, Wright tweeted that “It’s been a life long dream of mine to be a Longhorn and I’m extremely excited to start this new chapter in my life.”

Wright is rated by 247Sports as a three-star pro-style quarterback. He also holds offers from Arkansas and North Carolina State. Wright’s announcement comes five days after fellow senior Jalen Milroe, a four-star quarterback from Katy Tompkins, switched his commitment from Texas to Alabama.

This season will be Wright’s third on Austin High’s varsity roster. During his time with the Maroons, the 6-1, 194-pound Wright has thrown for 5,780 yards and 57 touchdowns.

Wright joins a 2021 recruiting class that features 17 pledges but no other quarterbacks. The Longhorns signed two quarterbacks — Hudson Card and Ja’Quinden Jackson — during the 2020 recruiting cycle. No quarterback is ranked higher in the Class of 2022 than recent UT commit Quinn Ewers.