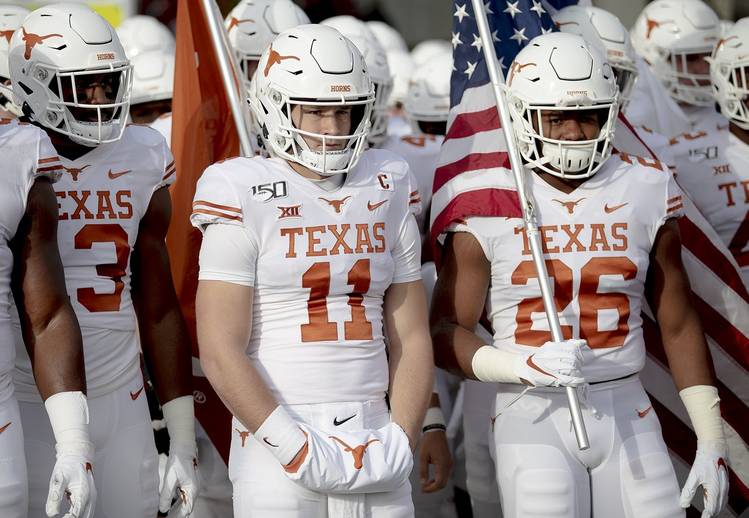 This will be an unpredictable college football season. But let the record reflect that Texas started 14th in the Associated Press Top 25 preseason poll.

It’s the fourth straight season the Longhorns have appeared in the preseason Top 25, all under coach Tom Herman’s watch.

Last season, Texas started 10th, got as high as ninth but ultimately finished 25th after an 8-5 season capped by a win in the Alamo Bowl.

All that said, this is not a normal preseason poll and not a normal year, thanks to COVID-19. Clemson is the preseason No. 1 team followed by Ohio State and Alabama. But the Buckeyes won’t be playing this season as the Big Ten and Pac-12 canceled for the fall over coronavirus fears.

BREAKING: Clemson is No. 1 in The Associated Press preseason Top 25; Ohio State, Alabama, Georgia and Oklahoma round out top five.

But No. 5 Oklahoma, No. 13 Texas A&M and No. 15 Oklahoma State are getting ready. Both the Big 12 and SEC announced 10-game schedules while the ACC is planning an 11-game slate.

The AP published a story earlier this month explaining its decision about how the poll will work. Here in the poll’s 85th year, AP released the preseason poll as if everything was normal. Going forward this season, all poll updates will include only those teams that are actually playing.

“The preseason poll has always been a speculative ranking of teams based on last year’s results and knowledge about the new makeup of teams,” AP’s global sports editor Michael Giarrusso said while explaining the decision.

“This year, we think it is crucial to give all the teams and all their fans a snapshot look at what the Top 25 would have been to open the season,” Giarrusso added.