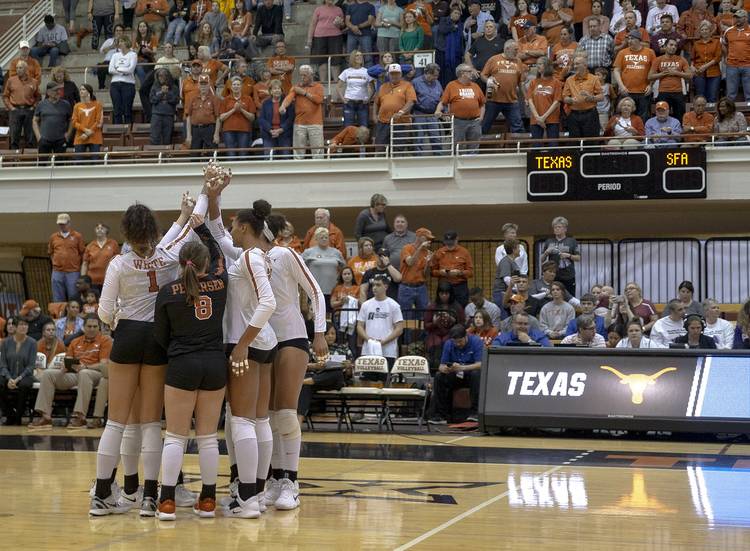 Due to a pledge from South Carolina, Texas has doubled the size of its 2022 recruiting class.

On Sunday, Marianna Singletary announced on Instagram that she had verbally committed to Texas. Singletary is a 6-4 middle blocker from Charleston, S.C.

Its a good day to be a Longhorn!!🤘🏾 I am SO excited to formally announce my verbal commitment to the University of Texas, Austin! After three long years of camps, unofficial visits, online research, emails, and phone calls, I am 100% confident that joining the Longhorn family is what's best for me! I'd like to thank my parents first and foremost for everything they have provided me and for always supporting my dreams, all of my coaches that have helped me become the person and player that I am, and @a5vball for helping me transform my game so that I can bring the heat 🔥 #hookemhorns🤘🏾

MaxPreps recently named Singletary as the best preps player in South Carolina. According to MaxPreps, she has topped 500 kills in each of her first two years at Porter-Gaud High School. As a sophomore, she averaged 4.6 kills per set and boasted a .361 hitting percentage. Singletary contributed 15 kills to the Cyclones’ winning effort in the South Carolina Independent School Association Class 3A championship match.

Singletary joins Emma Halter in UT’s 2022 recruiting class. Halter, a libero from Indiana, committed to the Longhorns in July.