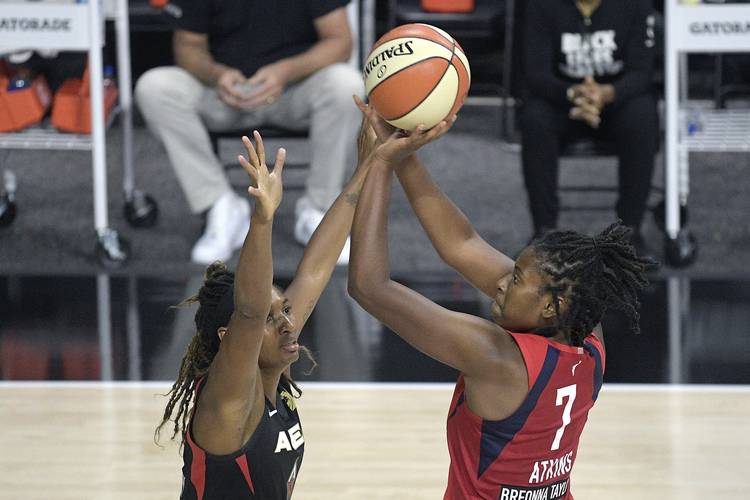 On Wednesday, two professional leagues and a few additional teams called off their games as athletes protested the shooting of a Black man in Wisconsin.

Following the Milwaukee Bucks’ decision to boycott a playoff contest against Orlando, the NBA postponed all three games on its schedule. The WNBA then cancelled its slate of games. Two baseball games were also nixed on Wednesday.

The wave of cancellations occurred three days after Jacob Blake was shot seven times in the back by a police officer during an attempted arrest in Kenosha, Wis. The shooting, which was videotaped, occurred in front of Blake’s children and while the man was trying to enter his vehicle. Blake survived but an attorney representing his family said this week that the 29-year-old is paralyzed.

Former UT basketball players Ariel Atkins and Sug Sutton both play in the WNBA for a Washington Mystics team that had a game scheduled against Atlanta on Wednesday. When they arrived at the gym, the Mystic players wore t-shirts that spelled out Blake’s first and last names — Atkins was an “O” while Sutton was an “A” — and had seven bullet holes in the back.

The Washington Mystics wear T-shirts spelling out Jacob Blake's name on the front.

On the back, seven bullet holes. pic.twitter.com/bNSzdQ779N

"If you have a problem with us saying 'Black Lives Matter' then you need to check your privilege. Cause yes, all lives matter, including the black ones we're talking about. We matter."

Ariel Atkins spoke with @sportsiren on the WNBA's decision not to play.

After the cancellations were announced, Atkins spoke for the Mystics in an interview with ESPN’s Holly Rowe. A third-year player, Atkins started for Washington’s championship team in 2019:

Just trying to put everybody in mind. Talking to our team, talking to other teams, we wanted everybody to feel like they were supported. And understanding that this isn’t just about basketball. We aren’t just basketball players. And just because we are basketball players doesn’t mean that’s our only platform.  We need to understand that when most of us go home, we still are Black. … We’re not just basketball players. If you think we are, then don’t watch us. You’re watching the wrong sport, because we’re so much more than that. We’re going to say what we need to say and people need to hear that. If they don’t support that, I’m fine with that.”

Atkins and Sutton were not the only ex-Longhorns tied to Wednesday’s news. Former UT basketball players P.J. Tucker and D.J. Augustin were set to play in NBA playoff games. Outfielder Mark Payton now plays for a Cincinnati team that had a game at Milwaukee called off.