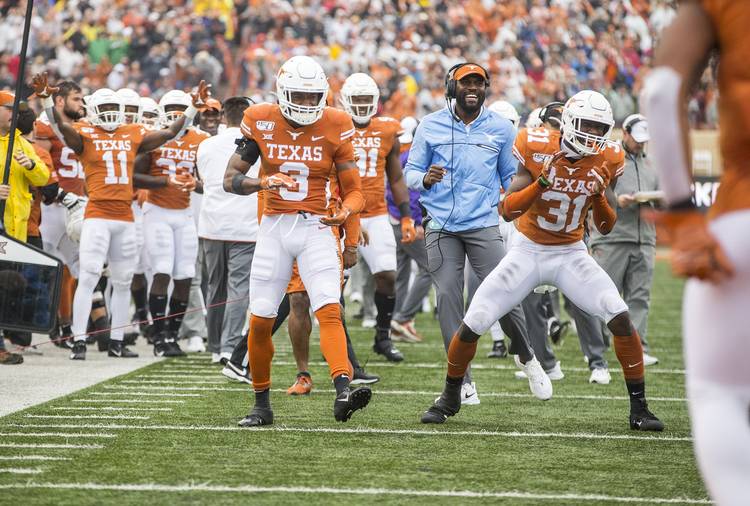 Texas will open its 2020 football season in prime time.

The Big 12 Conference announced on Tuesday that the kickoff for Texas’ season opener against UTEP has been set for 7 p.m. on Sept. 12. The home game for UT will be televised on the Longhorn Network. Texas is 5-0 in its all-time series with UTEP, and the Longhorns have outscored the Miners by a score of 197-33.

It was also revealed that the Longhorns’ game at Texas Tech on Sept. 26 will begin at 2:30 p.m. An 11 a.m. kickoff has been announced for the Red River Showdown on Oct. 10. FOX will broadcast both of those games.

The kickoff times for the remaining seven games on UT’s schedule have yet to be determined. It was announced on Tuesday, though, that a meeting in Austin between UT and Iowa State had been moved from Nov. 28 to Nov. 27.

This season, Texas is set to return 16 starters from a team that compiled an 8-5 record in 2019. Texas recently earned the No. 14 ranking in the Associated Press’ preseason poll. Earlier this summer, the team was ranked third in the preseason predictions for the Big 12.