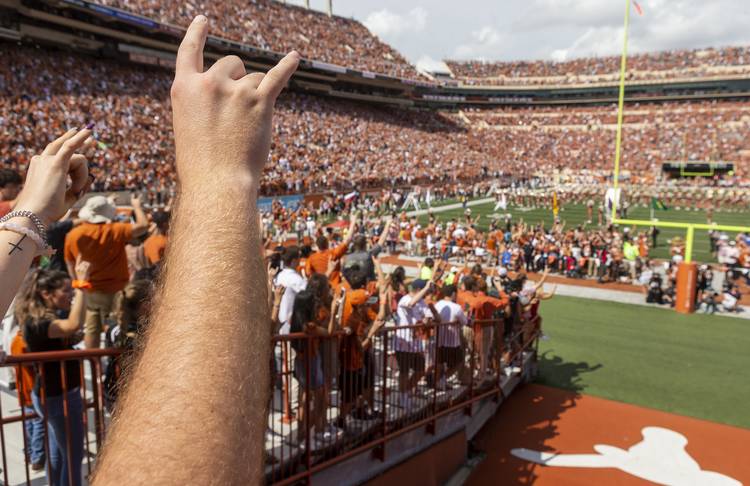 ESPN college football commentator Greg McElroy headlines a jam-packed On Second Thought podcast this week and answers a very important question: would he have played football during a national pandemic a decade ago at Alabama? He also breaks down the storylines surrounding this upcoming season in college football, including his take on the Texas Longhorns and his dark horse to win the Big 12.
Texas State coach Jake Spavital addresses the unique challenges his team has faced this offseason while preparing for Saturday’s nationally televised opener against SMU.
And it wouldn’t be football season without a visit from the Statesman’s resident fantasy league football guru Cat Vasquez who discusses Tom Brady’s viability as a consistent point producer in Tampa Bay, the Zeke Elliott vs. Saquon Barkley, sleepers and which players to avoid like the plague in your draft.