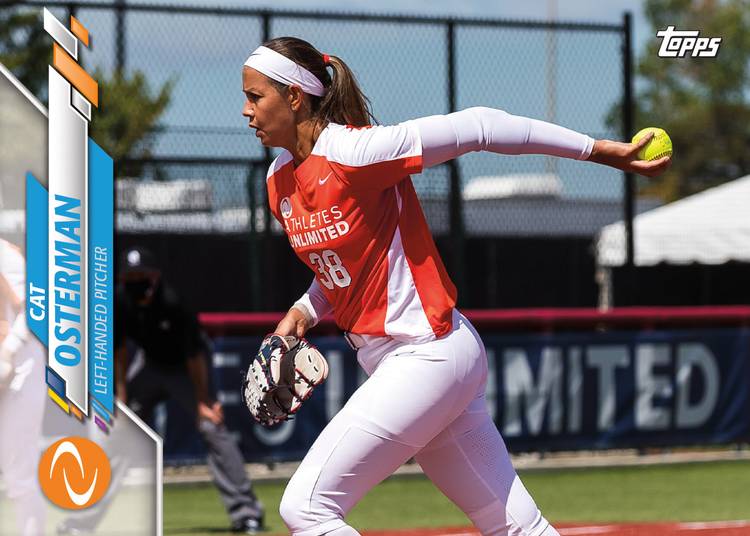 Ex-UT All-American pitcher Cat Osterman will finally get to showcase her accomplishments on the back of a trading card.

The Topps Company has created a trading card set that will commemorate the new Athletes Unlimited softball league’s inaugural season. Starting on Friday, the cards will be available for purchase. This marks the first time in The Topps Company’s 82-year history that a set of cards has promoted professional softball.

Osterman is one of the 56 players who will get their own trading card. Samantha Snow and Tori Vidales, who both played at Texas A&M, will also be featured.

“Having a brand like The Topps Company celebrate our Athletes Unlimited softball league as their first women’s pro set is an honor,” Jon Patricof, the CEO and co-founder of Athletes Unlimited, said in a statement. “These sets will honor some of the greatest female pro athletes competing today and allow our fans the opportunity to own a piece of history.”

Osterman is off to a strong start in the Athletes Unlimited league, which made its debut last weekend. In 12 innings, the left-handed pitcher has struck out 19 batters and not allowed a run. Athletes Unlimited uses a scoring system to grade its individual players, and Osterman has compiled a league-high 604 points.

Osterman, 37, is two years into a comeback from a short-lived retirement. An Olympian in 2004 and 2008, Osterman was poised to go for another medal this summer before the Olympic Games were postponed by the coronavirus pandemic. Osterman, who was a four-time All-American in college, is the only softball player to have her number retired at Texas.