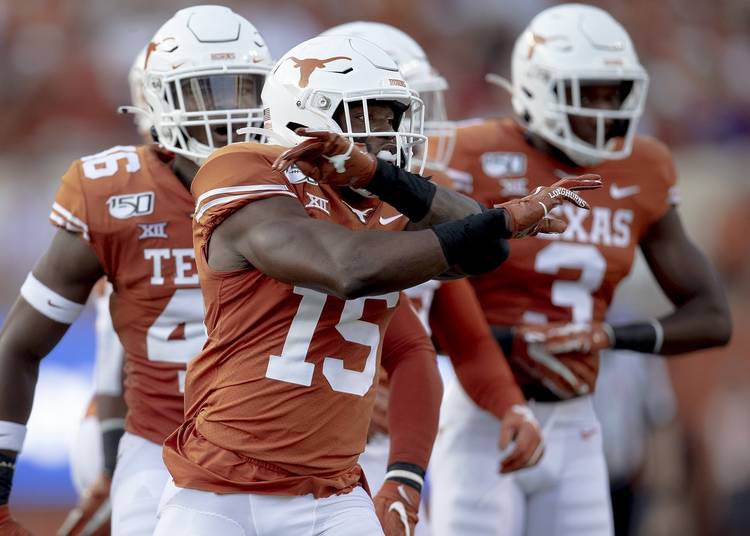 Texas unveiled seven team captains for the 2020 season on Thursday, and all are expected to be key contributors all year long.

Ehlinger, a senior from Westlake, enters what is likely his final season looking to finish among the top three players in school history in quarterback victories.

Cosmi, a junior from Humble, is projected as a possible top-15 draft pick next spring if he chooses to leave UT early. Kerstetter, a senior from San Antonio, is a longtime starter who palyed at guard last season but may have an NFL future at center.

Ossai, a junior from Conroe, is moving to a new position this year that’s something of a hybrid of linebacker and defensive end. Graham, a senior from Temple, played defensive end for most of his career but is moving inside to tackle this year in the new four-man defensive front.

Sterns, a junior from Cibolo, has emerged as one of the most vocal players on the roster and someone who commands respect inside the locker room. Brown, a senior from Houston, has earned teammates’ respect through time and experience. Both Sterns and Brown are expected to be season-long starters.