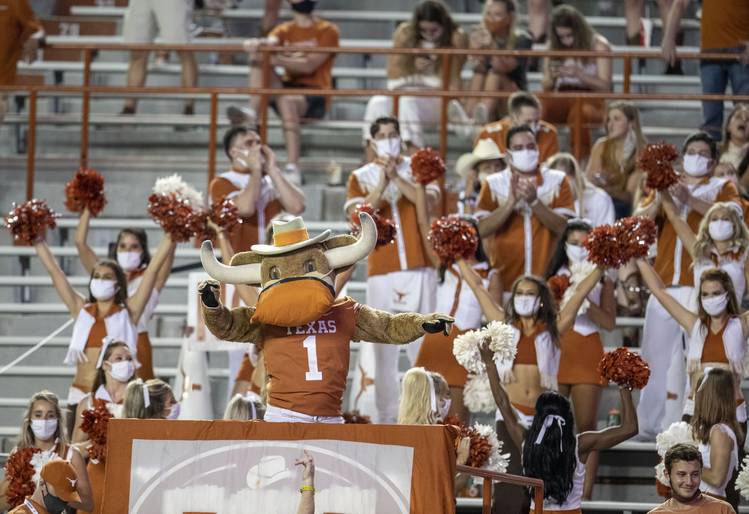 Texas Longhorns cheer on against UTEP Miners during an NCAA football game in Austin, Texas on Saturday, Sept. 12, 2020. [RICARDO B. BRAZZIELL/AMERICAN-STATESMAN]

In this wacky off-and-on college football season, the Associated Press Top 25 may look like a roller-coaster. For now, Texas is on the upswing.

The Longhorns moved up to No. 9 in the first updated poll that does not include any Big Ten or Pac-12 teams. Those two leagues are not playing football at the moment but that may change soon.

Texas got as high as No. 6 in 2018 and No. 9 last season. Prior to those two years, the Horns hadn’t cracked the top 10 since starting fifth in 2010 and then fading out for almost a decade.

Clemson maintained its spot at No. 1 while Alabama moved up to No. 2. Oklahoma also slid up one notch to No. 3. Ohio State, the preseason No. 2 team, was removed completely.

Texas A&M, which has yet to start its season, is ranked 10th.