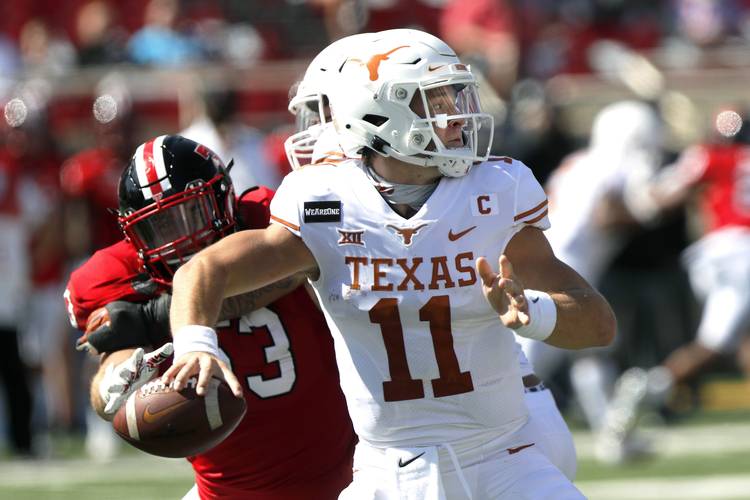 In two games this season, Texas quarterback Sam Ehlinger has recorded a completion percentage of 71.2.

When it comes to Big 12 awards, Ehlinger boasts a percentage of 100.

On Monday, Ehlinger was named the Big 12’s offensive player of the week for the second time this season. Ehlinger shared this week’s award with Kansas State quarterback Skylar Thompson.

Ehlinger had five touchdown passes in a 63-56 victory over Texas Tech on Saturday. He also ran for a 2-yard score. Ehlinger guided UT to 15 points in the final 3:13 of regulation, and then threw a 12-yard touchdown pass in overtime.

For the season, Ehlinger has thrown for 688 yards and 10 touchdowns. No other FBS-level quarterback has more than eight touchdown passes.