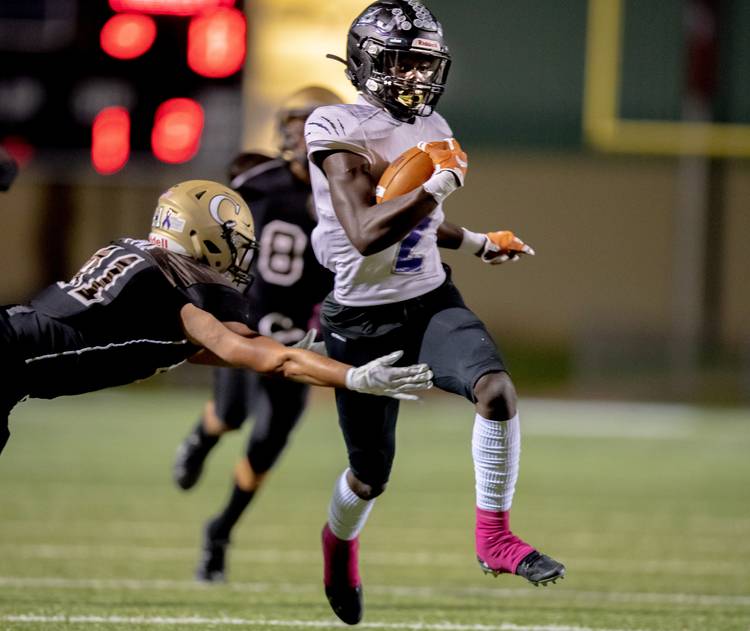 Andrew Mukuba chose bright orange over burnt orange on Thursday night when the four-star safety prospect from Austin LBJ committed to Clemson over Texas and 33 other offers. Mukuba, a two-way star for the Jaguars, is a 6-0, 185-pound athlete who is expected to play safety full time in college after splitting his time between the position and wide receiver in high school.

Mukuba is considered the 13th-best safety prospect in the 2021 recruiting class, according to the 247Sports composite ranking. He’s a national top-250 prospect. He’s the second LBJ defensive back to spurn the Longhorns for an out-of-state program following cornerback Latrell McCutchin’s pledge to Oklahoma earlier in 2019. Mukuba is a speedster who also excels on the track team.

He recovered a fumble last week in his senior debut. He was the District 12-5A Division I offensive newcomer of the year and a first-team all-district selection at safety as a junior. He caught 36 passes for 807 yards and 15 touchdowns in that season, adding a pair of interceptions as a defensive back.