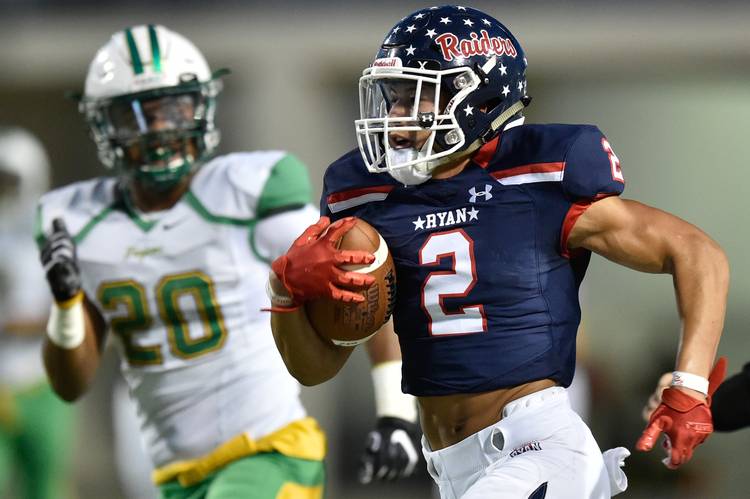 The Texas Longhorns suffered a loss last Saturday when TCU left town with a victory. Tom Herman’s program suffered another loss heading into the Oklahoma game on Wednesday when four-star athlete Billy Bowman Jr. decommitted from the Longhorns. The Denton Ryan product was the second-highest rated commitment in Texas’ current 2021 class, trailing five-star teammate Ja’Tavion Sanders. Bowman announced his decision to reopen his recruitment on Twitter.

“I’ve decided to step back (to) analyze my future and goals,” Bowman posted. “I want to thank everyone at the University of Texas for recruiting and believing in me. I will be decommitting and re-opening my recruitment.”

Bowman is ranked fourth on the 2021 Fabulous 55. He’s a borderline five-star athlete ranking inside the top-50 nationally on the 247Sports composite ranking. He starts at wide receiver and safety for Denton Ryan. The loss of Bowman dropped Texas’ recruiting class to 17th in the nation. The Longhorns hold 17 commitments.