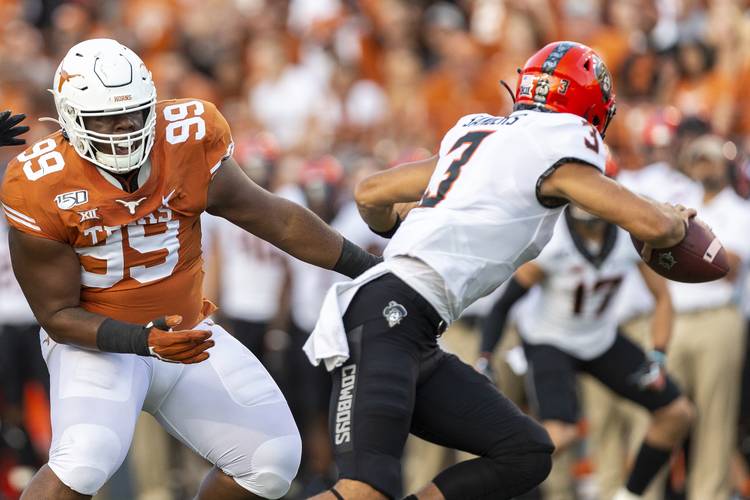 This year’s all-orange battle in the Big 12 will be a Halloween matinee.

The Big 12 announced on Monday that Texas and Oklahoma State will play at 3 p.m. on Oct. 31. FOX will be at Boone Pickens Stadium to broadcast the game.

Texas has won 25 of the 34 games it has played against Oklahoma State. Last year, the Longhorns earned a 36-30 victory over the Cowboys. UT has been handed a loss during its last two trips to Stillwater, though.

Ahead of this week’s game against Iowa State, Oklahoma State is 3-0 and ranked sixth in the Associated Press’ poll. An unranked Texas team will attempt to beat Baylor this weekend and improve on its 2-2 record.