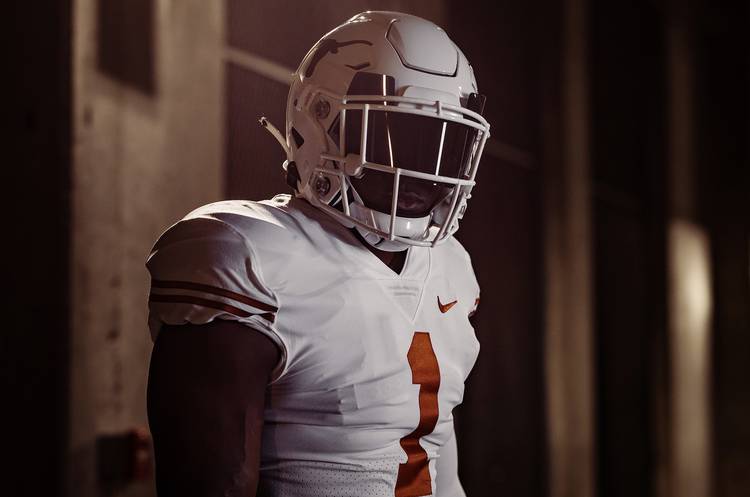 Texas will honor its 1970 national champions on Saturday by wearing a throwback jersey. UT last wore a white jersey at home in 1950. (Photo courtesy of Texas Athletics)

For the first time in 70 years, Texas will wear white jerseys at home.

Texas announced on Tuesday that it will wear a throwback uniform for this weekend’s home game against Baylor. Using white jerseys, Texas will honor the 50th anniversary of the national championship won by the school in 1970.

Texas does not often wear white uniforms inside of Royal-Memorial Stadium. In fact, the last time that Texas sported such a look at home was during a 34-26 win over Purdue on Sept. 30, 1950.

UPDATE (9:00 p.m.): Texas issued a correction on Tuesday night about the correlation between the throwback uniforms and its 1970 title team. The Longhorns will honor that national championship later this season. The throwback uniforms that will be worn on Saturday are not related to that celebration.