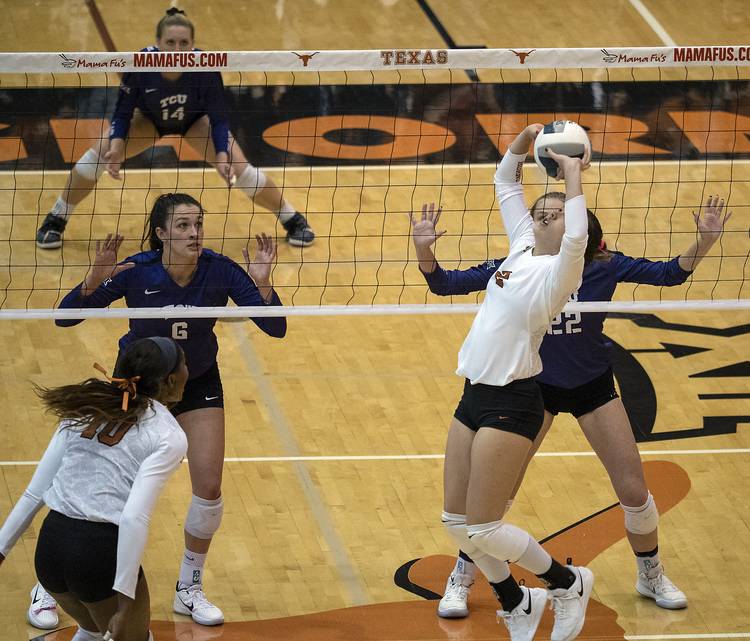 Texas' Jhenna Gabriel (2) sets the volleyball in front of teammate Brionne Butler during a match against TCU in Austin on Oct. 31, 2018. [Rodolfo Gonzalez for AMERICAN-STATESMAN]

On Wednesday, Texas had a bye week inserted into its schedule.

The Big 12 has announced that TCU is postponing its next two weeks of competitions “in accordance with Big 12 Conference volleyball match interruption guidelines.” That decision directly impacts Texas, which was supposed to travel to Fort Worth next Friday and Saturday. The Big 12 also called off this week’s matches between TCU and Kansas.

In a press release, the conference said it will attempt to reschedule those competitions. The Big 12 has planned on wrapping up its shortened season by the third weekend in November.

Texas (8-0) is currently holding onto a one-game lead over Baylor (7-1) in the Big 12 standings. The Longhorns are set to host Texas Tech this Thursday and Friday.