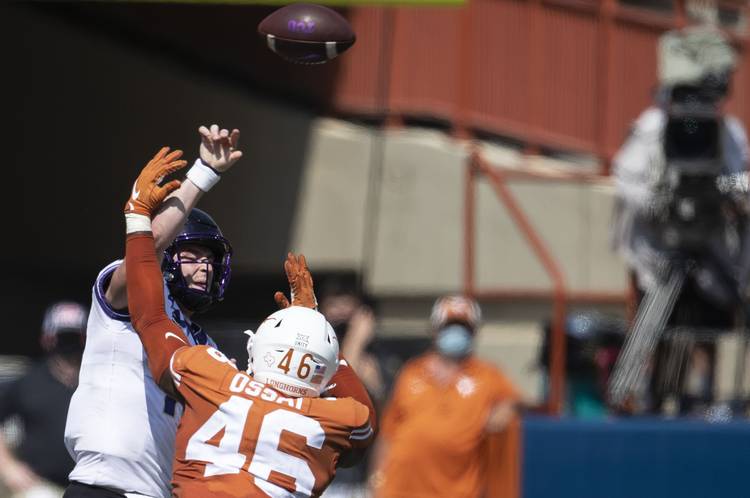 Tom Herman said on Monday that he would be surprised if junior Joseph Ossai did not “play a significant part” in Texas’ upcoming football game against Oklahoma State.

In the first half of UT’s 27-16 win over Baylor on Saturday, Ossai injured his shoulder while attempting to take down Baylor quarterback Charlie Brewer. Ossai returned to the Texas sideline in the second half and got back onto the field for Baylor’s final series.

On Monday, Herman said Ossai had been diagnosed with an anterior capsule sprain. Ossai will wear a brace and is expected back at practice.

“He’ll be braced up and our plan is to have him participate as tolerated in practice tomorrow. If he can’t go tomorrow, then I would imagine Wednesday he should be good to go,” Herman said. “I would be pretty surprised if we did not see Joseph Ossai play a significant part in this football game on Saturday in Stillwater.”

A member of the Big 12’s preseason team, Ossai leads Texas with his 34 tackles. The 6-4, 253-pound Ossai was moved this offseason to the “Jack” position in Chris Ash’s defense. He has recorded a sack, two pass breakups and two forced fumbles while playing as a hybrid of a linebacker and defensive lineman.