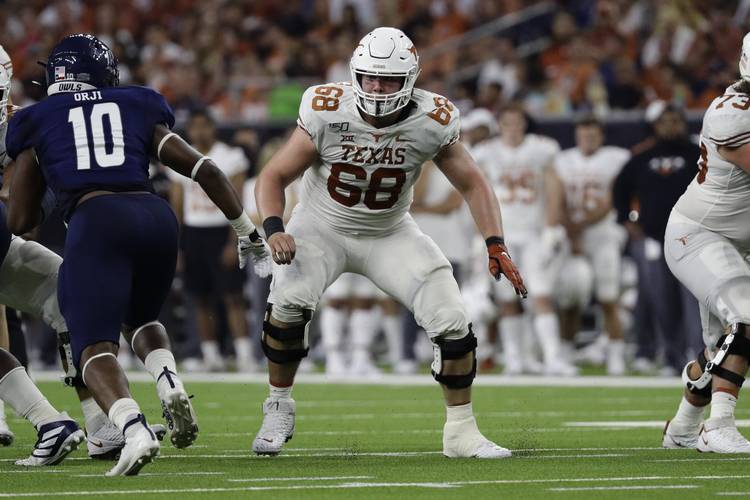 When asked on Monday about senior center Derek Kerstetter’s recent penalties, Texas coach Tom Herman shared a saying that he lives by.

Once is an anomaly.

Twice is a coincidence.

Three times? Then you have a pattern.

So in the eyes of Herman, Kerstetter’s issues are currently just a “coincidence.” A team captain and fourth-year contributor on the offensive line, Kerstetter has picked up an untimely personal foul in each of UT’s last two games.

Against Oklahoma on Oct. 10, Kerstetter’s late hit on a Sooner defender turned a 4th-and-1 attempt at the Oklahoma 2 into a field goal attempt. Over the weekend, Kerstetter was flagged for unnecessarily driving a Baylor defender out of bounds as the Longhorns were attempting to kill time in a 27-16 win. Texas was then forced to punt on a 4th-and-18 from their 42.

“I would say that if he doesn’t learn now after the second one, then we’re going to have a lot harder, more stern conversation,” Herman said. “Right now, it’s a matter of a fourth-year captain trying to literally leave everything he’s got on the field. He’s got to learn how to not take that last step.”

Herman didn’t believe on Monday that Kerstetter was being malicious or undisciplined on either of his personal fouls. Herman surmised that “it’s simply a matter of overzealous effort that needs to be curtailed a step or two prior to making contact.”

In the 27-16 win over Baylor, Kerstetter’s personal foul was one of Texas’ season-low five penalties. The Longhorns had earned double-digit penalties in their three previous games.