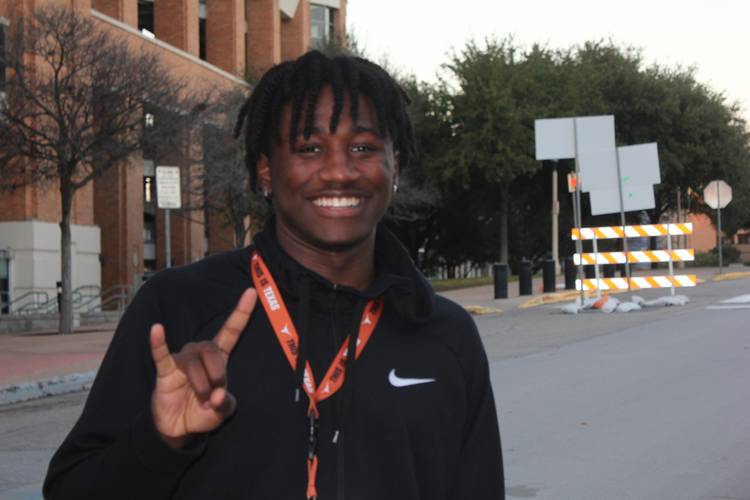 Texas’ 2021 recruiting class grew to 18 members on Saturday afternoon when outside linebacker Terrence Cooks chose the Longhorns over Baylor, Georgia and LSU. The four-star from Alvin Shadow Creek is the first prospect to commit to Texas since September.

Cooks held 36 offers and ranks 44th on the Fabulous 55. The senior is the 20th-ranked outside linebacker and No. 302 in the nation, according to 247Sports’ composite rankings. Cooks bounced around early in his prep career, attending Houston Christian as a freshman and then Fulshear as a sophomore.

Cooks found a home at Shadow Creek as a junior, helping the Sharks claim the Class 5A Division I state championship over Denton Ryan. He was a second-team all-district selection as a junior, finishing the season with 72 tackles and three forced fumbles.