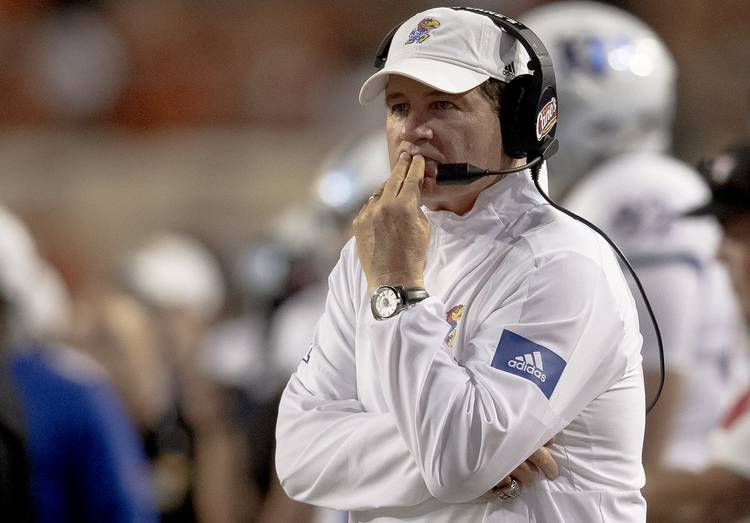 Saturday’s game between No. 22 Texas and Kansas has been postponed according to the Big 12’s game interruption guidelines, the league announced Wednesday. The game will be rescheduled for Dec. 12.

Kansas officials announced the Jayhawks could not “meet the minimum position requirements” established by the league office. “The position group affected has a combination of injuries and contact tracing,” the school said.

Since Nov. 8, Kansas football players have undergone 825 tests for COVID-19 with five positives on different days during that span, Kansas officials said in a statement.

Before the season began, the Big 12 established that each team must have 53 healthy players and certain numbers at specific positions. Teams must have at least seven offensive linemen, four defensive linemen and one quarterback.

Texas has done remarkably well with COVID-19 testing since the season began. Multiple sources have said the Horns went through an outbreak over the summer. Since that time, Texas coaches have stressed the importance of taking all the necessary precautions.

Still, outbreaks are happening on college campuses as November moves forward. Last week, 15 games were either canceled or postponed because of COVID-19. So far this week, 14 games have been changed. Texas A&M’s game against Ole Miss was among the postponements. That game has also been reslated for Dec. 12.

More postponements or cancelations are possible this week as teams go through mid-week COVID testing.

“That would be unfair to every single player that that put their body on the line this season to say that it doesn’t count or in some way is that the result is lessened, because of any circumstance outside of their control,” Herman said Monday.

“It’s a minor miracle that we’re sitting here in the middle of November,” he added, “and we’re just a few weeks away from a conference championship game.”