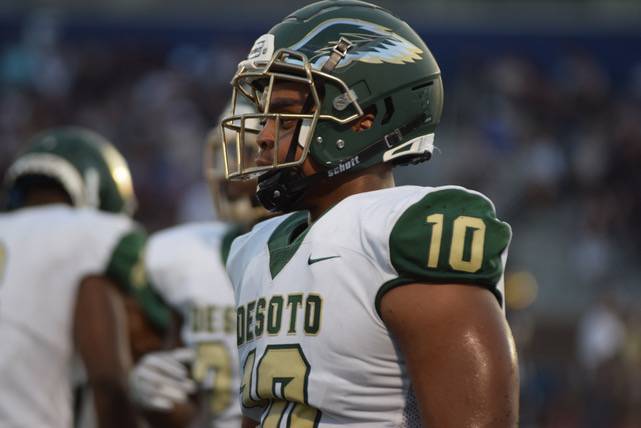 Texas scored a recruiting win over rival Baylor on Wednesday afternoon when three-star Byron Murphy II flipped his commitment from Baylor to Texas. Murphy, a product of DeSoto High School in south Dallas, is a 6-1, 290-pound prospect who was a first-team all-district and an Associated Press Class 6A all-state selection as a junior.

Murphy entered his senior season with 135 tackles and 6.5 sacks through two years on varsity.

Murphy is Texas’ 19th commitment in the 2021 class, which ranks 17th in the nation and second in the Big 12. He’s the second commitment over the last five days following four-star outside linebacker Terrence Cooks on Saturday. Murphy is Texas’ first defensive tackle pledge in the 2021 class. He’s the 24th-ranked defensive tackle in the nation, per 247Sports composite.

Saturday’s No. 22 Texas-Kansas game postponed to Dec. 12 after COVID-19 testing