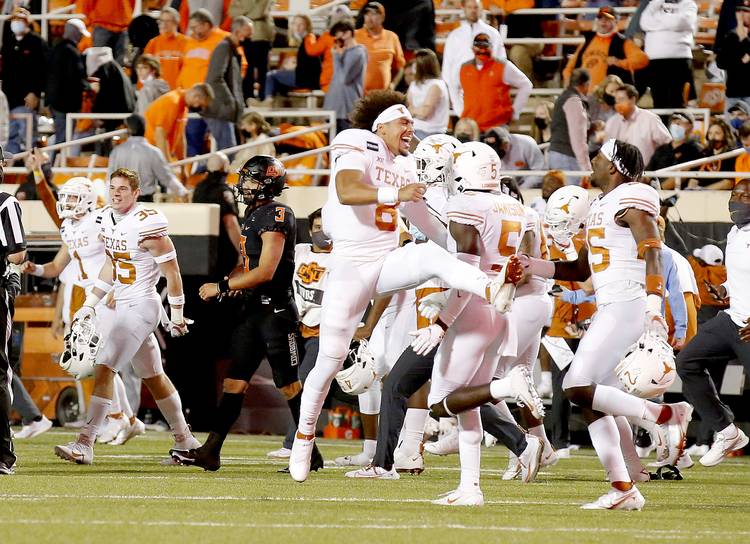 On this week’s Longhorn Confidential podcast, Statesman writers Cedric Golden, Kirk Bohls and Brian Davis break down what’s at stake in Friday’s Big 12 showdown between the Texas Longhorns and the league-leading Iowa State Cyclones. A Texas win could create a real logjam of two-loss teams atop the conference standings.

Coach Tom Herman was extremely complimentary of the Cyclones, who could deal Texas a real death blow with a win at DKR.  The guys also discuss the significance of the university’s unveiling of a Julius Whittier statue. Whittier was the first Black letterman in program history.