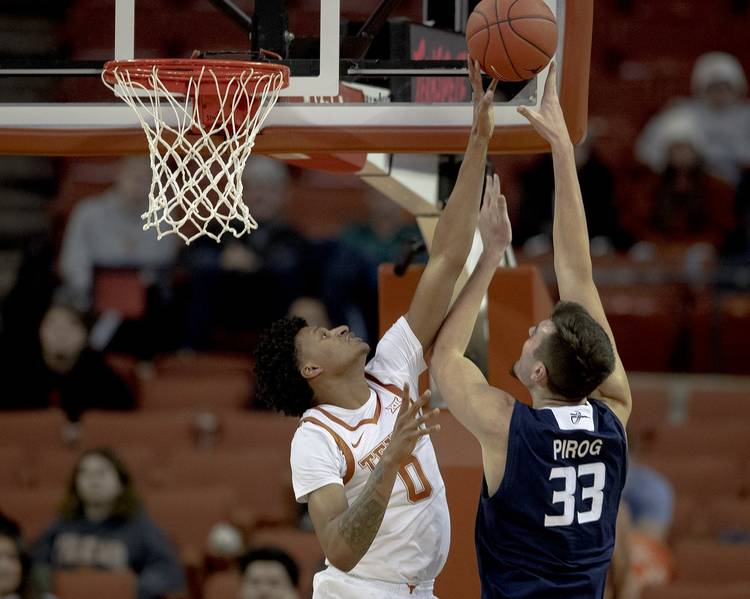 No. 19 Texas vs. UT-Rio Grande Valley

About the Longhorns: Coach Shaka Smart said that six players have separated themselves in practice above the others. Where does that leave forwards Gerald Liddell or Royce Hamm Jr.? What about Kamaka Hepa or Brock Cunningham? Or Donovan Williams and Will Baker? The good thing about having an entire team back is all that experience. But it also means somebody’s getting squeezed out. One of those reserves can make their mark by crashing the glass. Texas was the worst offensive rebounding team in the Big 12 last season (31.7). It’s a huge reason why UT was 10th in the league in scoring, too. Smart will be looking to see who’s hustling and who’s not early in non-conference. That’s the easiest way to get off the bench.

About the Vaqueros: Coach Lew Hill’s club posted a 20-win season two years ago and then went 14-16 last season in the WAC. That team had just three players who had any significant experience. But the Vaqueros won eight of their last 10 games, and most of the team returns. UTRGV is playing mostly in-state schools during non-conference play. Levi could likely play for anybody. The two-time WAC defensive player of the year ranked 11th nationally in steals per game (2.4) and 13th in total assists (199) last season. That’s in addition to scoring in double figures 15 times. Otchere was also a defensive player the year in the America East during thei 2018-19 campaign. Hill also believes Nelson may be one of the best wing defenders he’s ever coached.